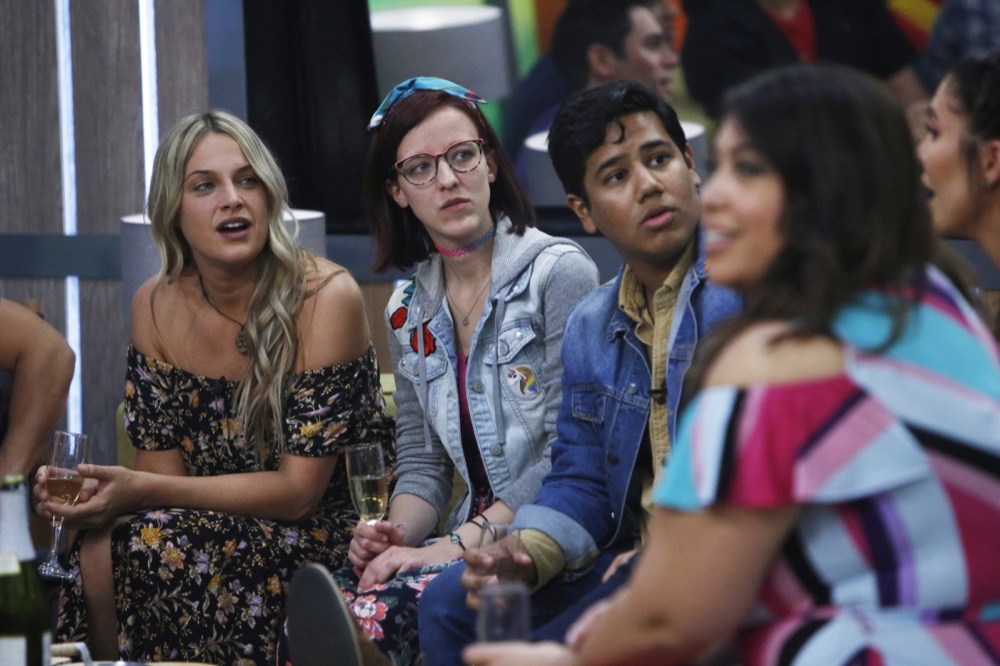 Big Brother 21 (BB21) spoilers tease that there is a lot of drama in the house for being Week 1. Typically, the first few weeks are pretty dull as there is so many people in the house and the first couple of evictions aren’t so complicated. However, this bunch of houseguests is something else. They can into the game, guns a blazing and ready to take out everyone in their way.

The first HOH is Christie Murphy. She put up Cliff Hogg III and Kathryn Dunn on the block. Sam Smith won the POV competition, he used it to take Cliff off the block. Christie had to put someone else in his place. It was a difficult decision as she had multiple people, she was looking at getting out of the house.

At first, she considered putting Kemi on the block. BB21 spoilers tease that Kemi is in a bad spot because she didn’t socialize with the rest of the house as much as she should. And when she did, she would be very quiet and engage as much. The rest of the house felt that she was always listening to them and not contributing at all.

At the POV meeting, Sam pulled Cliff off the block. That left Christie with the duty to put a replacement nominee in his spot. She decided to put Ovi Kabir on the block. So, the final nominees are Ovi and Kathryn.

After the POV meeting, Jack Matthews pulled Kathryn aside and told her that she has the votes to stay so to stay calm and she will make it through the week. BB21 spoilers tease that Jack then went on a tirade about Kemi, saying she is poison. He said he’s coming for her and it’s okay if she tells her that because it’s “about ready to go down.”

Kathryn was careful not to say too much because she knows that Jack could flip on her and use whatever she says against her. And, she could use this little tidbit to turn people on Jack, if she needed too.

And, while it’s not looking too good for Ovi, he does have the secret power that could change the game. Kabir won the first Whacktivity competition which means he can change the nominations after they have been named. Apparently, he would wake everyone up in the middle of the night, the house would have to get up and Christie (or the current HOH) would have to name two new nominees.

It isn’t clear if he can use the power after the POV meeting, but regardless, he can use it to his benefit. BB21 tease he could use it as a tool to stay in the house by revealing it to people to get them to keep him for another week.

There’s a lot of things going on inside the house right now. It’s still two days until the first eviction and the house would flip entirely and evict Kathryn out.

Who do you want to leave the BB21 house – Kathryn or Ovi? Don’t forget to come back later for more Big Brother 21 (BB21) spoilers, news, and live feed updates!