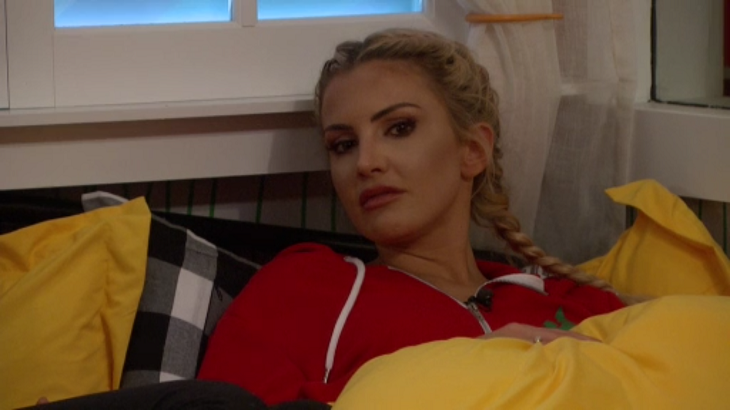 Big Brother 21 (BB21) spoilers tease that the POV was played on Thursday, June 27 and SOS has the scoop for the fans.  The houseguests have been on edge as they worry about who will win the POV competition.

Christie Murphy, current HOH, has a plan for the week and she really needs the POV winner to use the power to save one of the nominees so she can name a replacement.

Christie put Kathryn Dunn and Cliff Hogg III on the block for the first nominees of the season.  Christie and the two nominees along with Jack Matthews, Nicole Anthony, and Sam Smith battled for the coveted POV.

The plan is to save Kathryn from the block and name Kemi Fuknole in her place.  For whatever reason, Christie doesn’t feel like she can trust Kemi and she wants her gone.  And, some of her alliance claim they feel the same way.

Kemi’s only way to save herself is to convince the house that Cliff could be a dangerous player.  And, he might be, to be honest.  The majority of the house really likes him and he did very well in the first competition.

Just before the feeds cut for POV competition, Nicole and Ovi Kabir chatted about what the plan was for the week. BB21 spoilers state that Ovi asked Nicole what she will do with the POV, should she win.  She said that she wasn’t sure.  She would consider using it, but that would depend on who they wanted to target.

Ovi said that he felt the same, pointing out that it was a moot point since he wasn’t selected to play in the POV competition.

After a seven-hour-long competition, the feeds return with a new POV winner.  Sam won the coveted power and no one knows if he will use it to save Kathryn as they planned.

Dunn is near a meltdown as she worries that she will be going home.  At this point, Christie has had the time to pull Sam aside and ask him if he plans to use it to keep one of the nominees safe.

Are you happy Sam won the POV?  Don’t forget to come back to SOS later for more Big Brother 21 (BB21) spoilers, news, and live feed updates!

The Bold and the Beautiful Recap, Thursday June 27: Thomas Plans To Drug His Sister — Brooke And Ridge Disagree About Hope