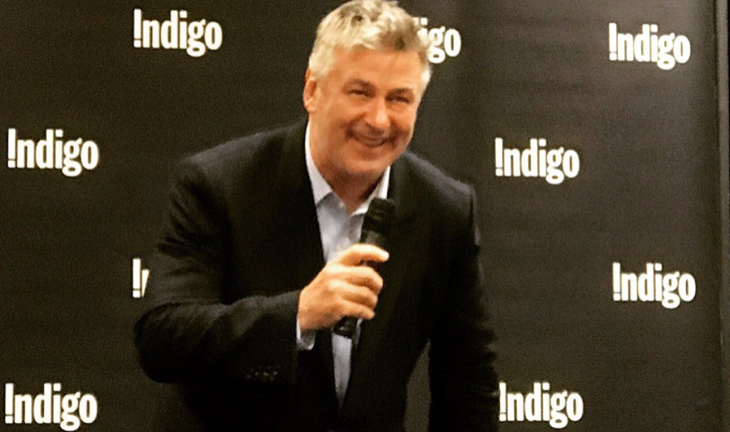 Alec Baldwin has made plenty of headlines for his very public outbursts, but the Hollywood actor insists that he doesn’t have any anger management issues himself. In fact, the father-of-five says that attending anger management classes have made him realize that he’s not the problem. Instead, it’s the people who provoke him that are often the problem. Baldwin has had several well-documented scuffles with the paparazzi in the past.

Speaking to Howard Stern on his talk show, Baldwin recalled an incident that occurred last November outside of his home in New York City. The Hollywood star suggested that his neighbor posed a potential threat to his wife, Hilaria Baldwin, and his family.

It was reported at the time that Baldwin got into an altercation with the man over a parking dispute. Baldwin clarified that the man was getting a little too close for his comfort and that he parked his car rather “aggressively” on the street next to him.

Alec Baldwin, Emilio Estevez and Michael K. Williams talk about their new film, “The Public”, and the significance of this date and their movie. Williams also talks about how this role changed his life. pic.twitter.com/7kX0uJ7p9i

According to ET Online, Baldwin said that he felt as though the situation was “impolite” and “bordering on dangerous.” He nonetheless plead guilty to harassing the man and agreed to complete a one-day anger management class to resolve the criminal case. During his class, Baldwin realized that he’s not the angry man that everyone in the media thinks he is.

“When you go to anger management you realize you’re not that angry,” he told Howard Stern. He also said that during the class hearing about other people’s stories and anger issues made him pale in comparison.

Not only is Alec Baldwin trying to keep out of trouble, but he’s also trying to stay healthy and fit. The actor said that fellow Saturday Night Life star Pete Davidson has been helping him out as his workout body. The two hit the gym together every morning.

In the meantime, don’t forget to check back with SOS for all the latest news and updates on Alec Baldwin and all of your favorite celebrities right here.