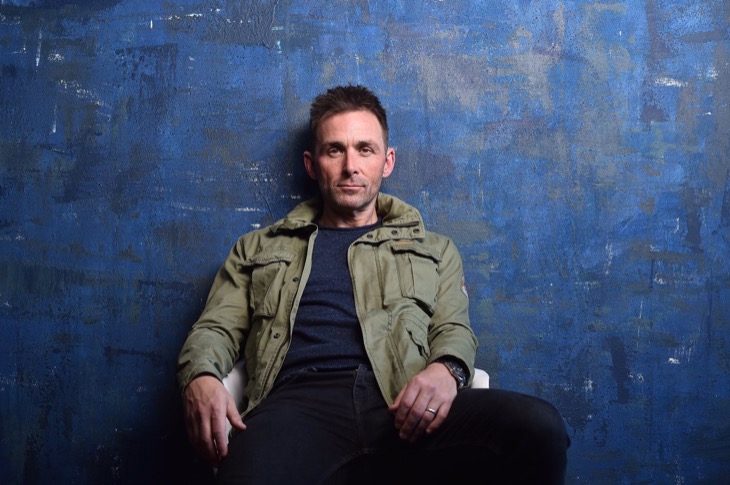 General Hospital spoilers tease that even though there’s no official word on the status of Nina Reeves’ (most recently Michelle Stafford) status on GH, Valentin Cassadine (James Patrick Stuart) won’t be leaving Port Charles at least for the next couple of months! The Nurses’ Ball is set for Thursday, May 16th this year, and in a response to a fan question in his official Facebook account, James Patrick Stuart said that the outlook is promising for him to appear again.

He doesn’t say it’s a done deal but it’s a good possibility! General Hospital films 6-8 weeks ahead, so they are probably still working on the talent list. But General Hospital viewers know every time Valentin hits the stage, he’s a huge hit, so there’s a very good chance that he’ll be included in this year’s talent list. Whether he will again be serenading Nina is not known yet since General Hospital powers that be have not yet announced whether there will be a recast or if Nina will be written out of the GH canvas with the exit of Michelle Stafford.

Another talented Port Charles resident who has performed in the Nurses’ Ball in the past and may again is Wally Kurth (Ned Quartermaine). Longtime General Hospital viewers will recall his rock and roll career as Eddie Maine, which he led as his second life on the sneak from his at the time boring home life as businessman Ned Quartermaine, then called Ned Ashton before he shed “Ashton” as a result of his wanting to shed the surname of his con-man father, Larry Ashton (Hugo Napier, Oliver Muirhead). 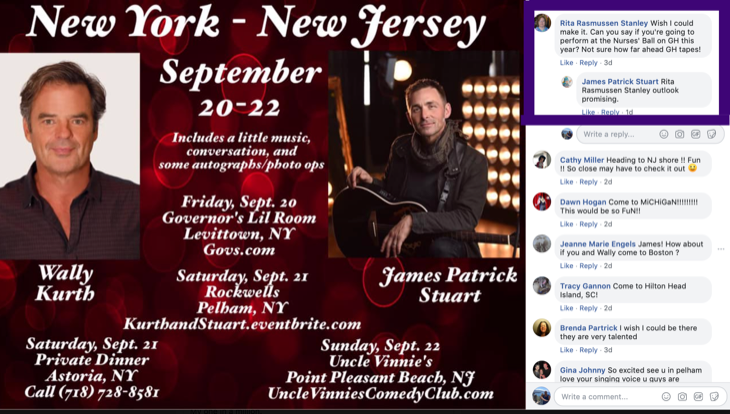 His Eddie Maine days were when he met and married Lois Cerullo (Rena Sofer), the mother of his daughter Brook Lynn (Adrianne Leon) while his Ned Ashton persona was also married to Katherine Bell (Mary Beth Evans), which was later invalidated.

James Patrick Stuart’s response to the fan about his appearing in the Nurses’ Ball was within a post about a fan meet and greet tour that he and Wally are doing together; there will be music, conversation, autographs and private dinners with the two. Days of Our Lives fans will be interested as well since Wally also plays Justin Kiriakis on that show.

Fans can get tickets and see touring schedules at KurthandStuart.eventbrite.com. Stay tuned to GH and keep checking General Hospital spoilers frequently to see all the latest updates on Valentin, Ned, and Nina, and news and spoilers!