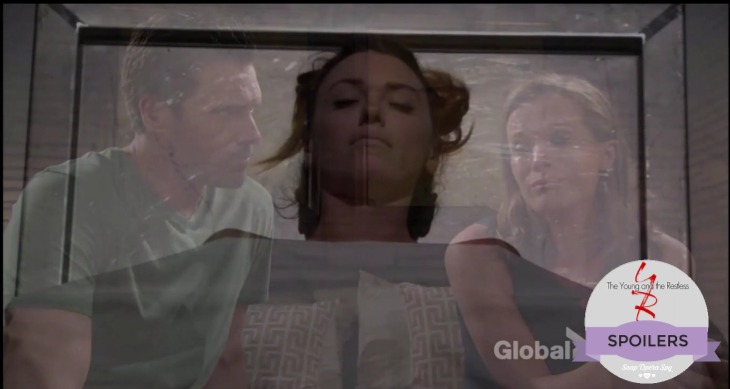 Never has a “Death” caused so many speculations, theories, and rumors. Did The Young and The Restless Chloe Mitchell (Elizabeth Hendrickson) take her own life? Did someone kill her making it look like a suicide? Did she fake her own death, if so did someone help her? Is she even really dead?

What does this mean for all those back in Genoa City, Kevin Fisher (Greg Rikkart), Bella, Esther Valentine (Kate Linder), Chelsea Newman (Melissa Egan), Victor Newman (Eric Braeden)? The list goes on and on, Chloe has touched so many lives through her love, spontaneity, chaos, and destruction.

Related; The Young and the Restless Spoilers: Devon and Hilary Not Done – Embers Still Burn

Y&R spoilers indicate that once Chloe’s body is back in Genoa City Kevin feels the need to hurry and bury her, so he and Bella can try to move on with their lives. Kevin plans the funeral focusing on the positives of Chloe’s life, and only inviting family, leaving Chelsea out.

Chelsea already torn because Chloe killed Adam (Justin Hartley), but she was her best friend, of course she was going! Nick (Joshua Morrow) and Chelsea crash the funeral, setting off an emotional Kevin who blames them for causing Chloe to commit suicide. That their pursuit for answers and justice for Adam, left Chloe no other option but to take her own life. 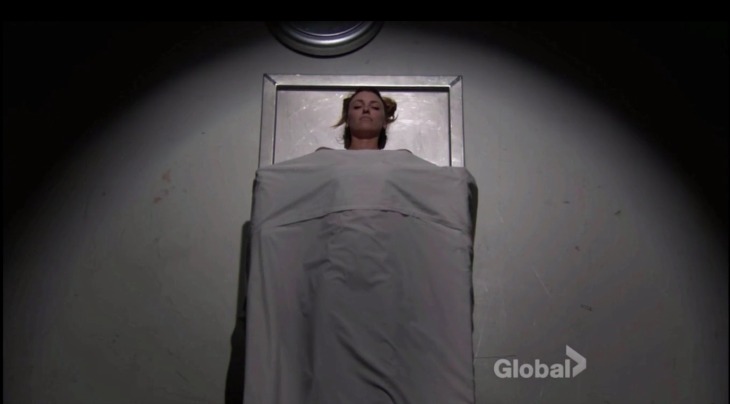 Why the rush on the burial, really? Was it truly done so Kevin and Bella could move on, or is Victor behind the rush? We could not help but notice that it was a closed casket. So if it’s a closed casket, there is no proof of a body, is there even a body in there? In the soap world anything is possible.

Let us know where you fall in all the speculations, theories, and rumors. Comment below and check back with Soap Opera Spy where we will keep you up to date on all things Y&R.