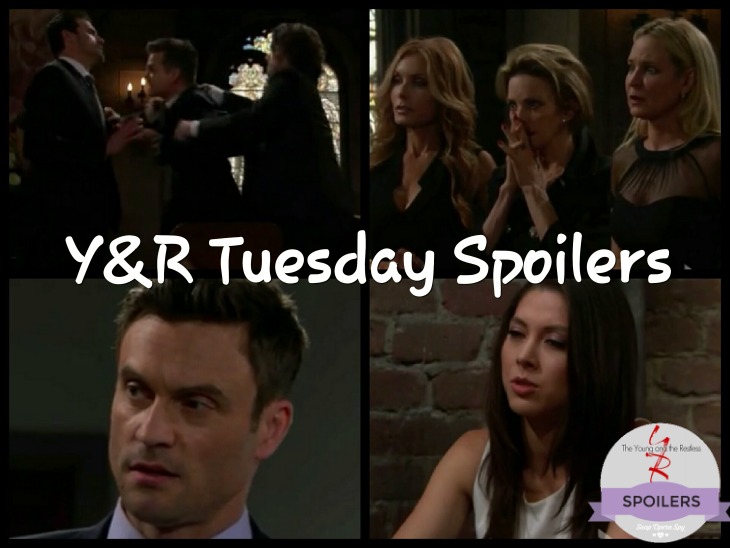 “The Young and the Restless” spoilers for Tuesday, June 6, tease that Kevin (Greg Rikaart) will cause quite a stir at Chloe’s (Elizabeth Hendrickson) funeral. He’ll become increasingly agitated by Chelsea (Melissa Claire Egan) and Nick’s (Joshua Morrow) presence. Kevin feels like they pushed Chloe too hard and ultimately led to her death.

Tuesday’s Y&R preview video shows Kevin yelling, “Why did you come here?!” He’ll dive forward to attack Nick, but Michael (Christian LeBlanc) and Scott (Daniel Hall) will stop the madness. Sharon (Sharon Case) will just stand back and take in the scene. She’ll feel sorry for Kevin as he faces intense grief.

Esther (Kate Linder) will also hate what Kevin is going through. She’ll do her best to cover Bella’s (Gia Poeme) eyes and lead her out of there. Esther won’t want Bella to see her dad going ballistic at her mom’s funeral. This is just a heartbreaking situation for all parties involved.

Other “Young and the Restless” spoilers say Juliet (Laur Allen) and Hilary (Mishael Morgan) will talk about what’s in store for Brash and Sassy. Juliet will ask Hilary if she really thinks the case is strong. Hilary will confirm that it’s not only strong, but explosive. She’ll feel confident that Juliet is going to get the vengeance she deserves. 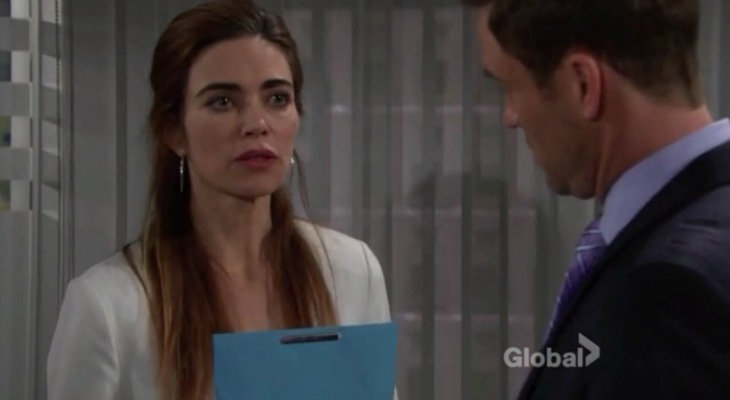 Elsewhere, Victoria (Amelia Heinle) will summon Cane (Daniel Goddard) to discuss the mess they’re in. When he asks what’s going on, Victoria will insist that they’re being sued for sexual harassment. Cane will try to hide his scandalous actions by stretching the truth. He’ll understand that he could end up in very hot water.

Of course, Cane is simply prolonging the inevitable. Now that Hilary knows the truth, it’s only a matter of time until everyone in town knows as well. That certainly includes Lily (Christel Khalil). Cane’s marriage could take a huge hit once Lily discovers his infidelity.

Related; The Young and the Restless Spoilers: Devon and Hilary Not Done – Embers Still Burn

Even if she can get past Cane’s drunken mistake, Lily will undoubtedly struggle to accept all the deception. Will they be able to put their broken relationship back together? We’ll give you updates as other “Young and the Restless” news and rumors emerge. Stay tuned to Y&R and don’t forget to check Soap Opera Spy often for the latest “Young and the Restless” spoilers, rumors, updates and news.