The Young and the Restless Spoilers: Devon and Hilary Not Done – Embers Still Burn 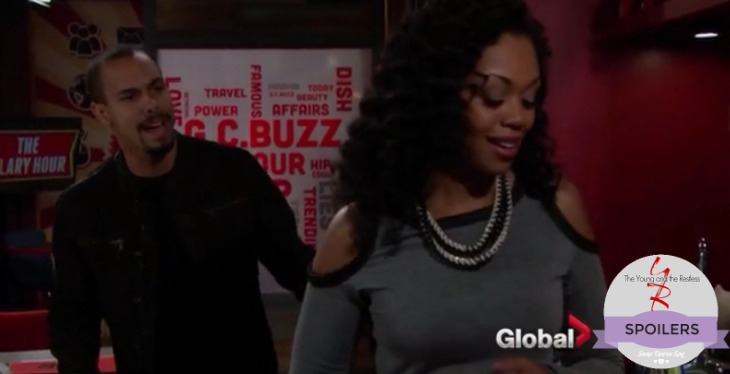 Devon (Bryton James) and Hilary (Mishael Morgan) aren’t married on ‘The Young and the Restless’. But they certainly still care deeply about each other. Mariah (Camryn Grimes) and Jordan (Darnell Kirkwood) are liked by each respective party, but also appear to be rebound relationships. So it remains possible that existing embers could nix new couplings.

GC Buzz continues to serve as a central meeting point for ‘Hevon’. This week Devon stopped by the studios after he saw Hilary’s interview with Julie Chen of ‘The Talk’. That nice crossover segment was filmed a few weeks ago while Brash and Sassy was attempting to create a DARE commercial, as viewers remember.

‘The Hilary Hour’ is Hilary’s attempt to remain relevant in the evolving Internet-based world. She has talent and an eye for what her viewers want. The interview with Chen helps Hilary’s credibility and ironically represents the type of effort Devon wanted his ex-wife to take after he purchased the website in an attempt to channel her energies last year. 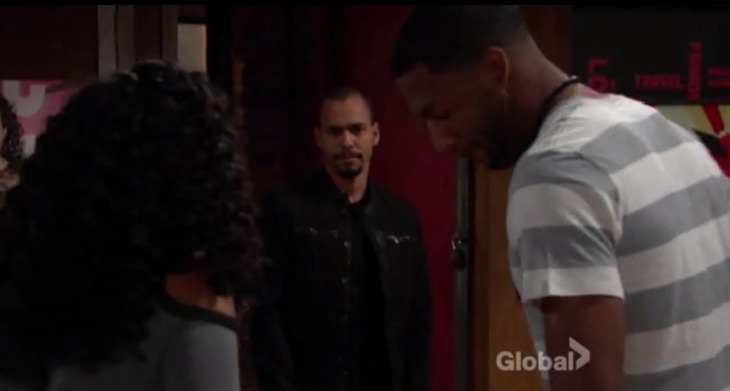 Opposites attract isn’t a cliche. Clearly ‘Hevon’ represented a pairing of opposite personalities. However, it was clear that each half of that duo loved (and still loves) each other.

Mariah seems more suited to Devon. As for Jordan, his low-key personality is similar to Hilary’s first and second husbands. It’s impossible to predict soap opera couple’s longevity. But it’s plausible to believe that ‘Mevon’ could outlast ‘Hordan’. Of course, personal ideology might force some to insist that similarly cheeky tags ‘Dariah’ and ‘Jilary’ should have been used instead. Those fictional labels are surely crucial to the world order.

Related; The Young and the Restless Spoilers Monday June 5: Chelsea Reacts to News of Chloe’s Funeral – Juliet Ready for Trouble – Hilary Gets Mischievous

The Bold and the Beautiful Spoilers: Eric Sides with Quinn, Katie Seethes Over Her Firing – Maya’s Move Insults Nicole