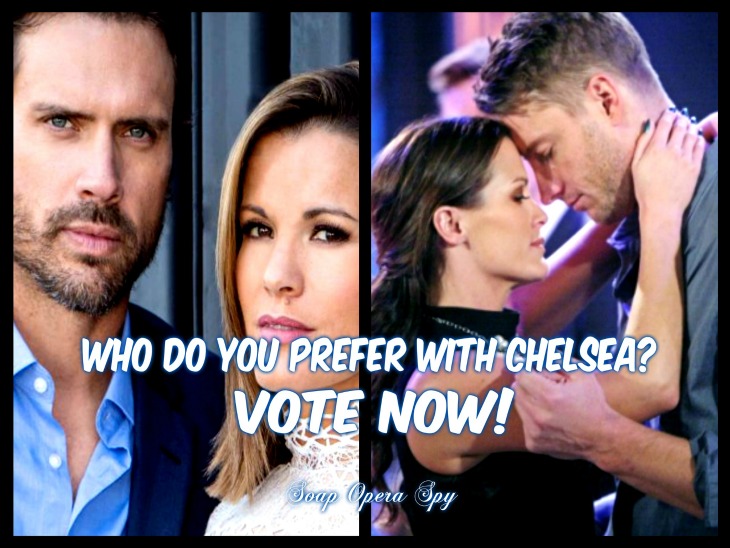 The Young and the Restless (Y&R) has really put Chelsea Lawson Newman (Melissa Claire Egan) through the ultimate test when her husband, Adam Newman (then-Justin Hartley) is assumed dead after the cabin he was inside exploded before Chelsea and their son, Connor could escape town with him. How many times must a man die before he is actually dead?

There is no doubt that Chelsea and Adam Newman have shared the love of a lifetime with each other; they’ve had their ups and downs like every couple but both seemed to see beyond the others mistakes. Chelsea, at one point, despised Adam so much, she chose to pretend that Dylan McAvoy (then-Steve Burton) was Connor’s father.

The Young and the Restless’ Adam Newman is probably one of the most misunderstood characters on the entire soap opera. He loves Chelsea with every fiber of his being, but his love is flawed. How did she ever get past the fact that he didn’t reveal he was alive for a year, letting her suffer and mourn him?

How about Chelsea with Nick Newman (Joshua Morrow)? They united in their grief and loneliness, but the truth could rip them apart. Chelsea knows that Christian is actually Adam’s son with Nick’s deceased wife, Sage (Kelly Sullivan). Nick already lost a year of Christian’s life and survived through Sage’s tragic end; how will he cope with Chelsea lying to him as well?

Y&R’s Nick Newman, may be a knight in shining armor to many women, but he doesn’t come without flaws either. He has discovered that Adam “died” at the hands of Chloe Mitchell (Elizabeth Hendrickson) and his father, Victor Newman (Eric Braeden) is the one who brought her back to help him frame Adam. Could Chelsea truly stay with Nick and commit to him, knowing the secrets he has kept?

The Young and the Restless has placed Chelsea into an impossible situation, that is only going to be more shocking when Adam returns to Genoa City, as per Y&R spoilers. Who do you prefer Chelsea with – Nick Newman or Adam Newman? Please vote and let us know what you think.