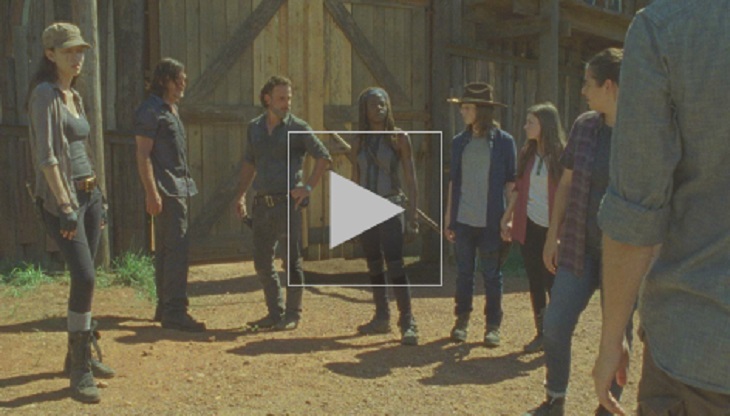 The Walking Dead spoilers tease that Season 7 will be returning from its mid-season break on February 12th and it could not get here fast enough for fans. We have a sneak peek at what’s to come.

Before the show went on break we saw Daryl Dixon (Norman Reedus) getting free from where he had been held by Negan (Jeffrey Dean Morgan) and the saviors.

Related: What To Expect When ‘TWD’ Season 7 Returns In February – Must See Drama!

He joined Rick Grimes (Andrew Lincoln) and the group back at Hilltop. Now it appears they are ready to fight back against Negan. So Walking Dead fans are you ready to see Rick and the others take down Negan?

In the AMC “The Walking Dead” sneak peek you see Jesus (Tom Payne) telling Rick and his group that it’s time to introduce them to King Ezekiel (Khary Payton).

Rick and Ezekiel have yet to meet on the show, but fans are looking forward to it. The meeting could lead to the Alexandrians, the Kingdom, and Hilltop joining forces. This will make them have the numbers that they need in succeeding to take out Negan and the saviors.

As part of the takedown we may see Negan’s man Dwight (Austin Amelio) teaming up with Rick and their people. It has been said that he will be their inside man, giving them vital information and Negan will never see it coming. This could definitely help them on taking out all of the saviors because there are so many of them.

In the sneak peek you also see Jesus showing them a walkie talkie that has long range and tells Rick and his crew that they do not have to get back just yet. They can stay and listen in on the walkie talkie to keep track of Negan and the saviors. This will help them to know when to attack. They can hit them when the least expect it.

So be sure to tune in to AMC’S “The Walking Dead” on February 12th to see the second half of Season 7. We have some exciting stuff heading our way. So you will not want to miss a minute. Don’t forget to check often with Soap Opera Spy for all your latest Walking Dead spoilers, news, updates, and much more.