‘The Walking Dead’ 2017 Spoilers: What To Expect When ‘TWD’ Season 7 Returns In February – Must See Drama! 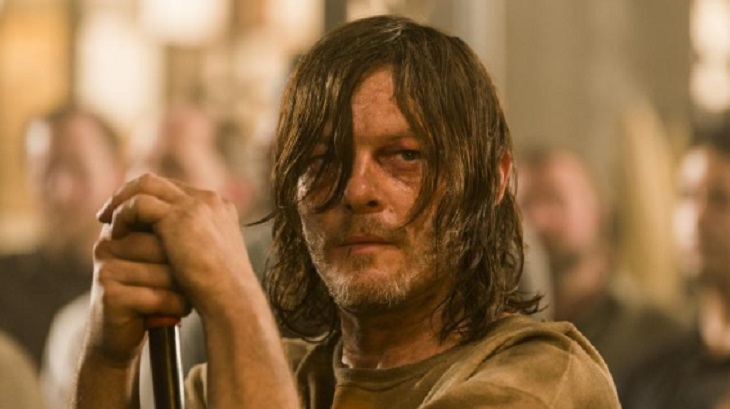 The Walking Dead spoilers tease that Season 7 will be returning from its mid-season break on February 12th and it could not get here fast enough for fans. We have some details on what to expect when TWD does return.

Before the show went on break we saw Daryl Dixon (Norman Reedus) getting free from where he had been held by Negan (Jeffrey Dean Morgan) and the Saviors. He joined Rick Grimes (Andrew Lincoln) and the group.

We saw them all together at Hilltop where they are finally ready to fight and take back what is rightfully theirs. So it will definitely be a change of pace when the second half of The Walking Dead Season 7 returns.

When the show returns spoilers indicate that we will see Rick Grimes meeting up with King Ezekiel (Khary Payton). The two leaders have yet to meet on the show, but fans are looking forward to it. Rick and Ezekiel are very different from one another but both have their peoples’ safety at the top of their priorities.

The meeting could lead to the merging of the Alexandrians and people from the Kingdom, which added to the people from the Hilltop. Numbers is one thing Rick’s people have been needing and with them all together they will have just that. Are you viewers ready to see Negan go down?

As part of the takedown, Negan’s man Dwight (Austin Amelio) will also team up with Rick and his people. He’ll be their inside man, giving them inside information and Negan will not see that coming. He will continue making Negan think he is loyal to him. That is assuming that the series takes the same route as The Walking Dead Comic Book Series, which it has followed very closely so far. If so, fans will be seeing a lot more of Dwight in the future.

Related: Who Will Be Negan’s Next Victim? (Photos)

There is also the possibility of fans having to say goodbye to Sasha (Sonequa Martin) before Season 7 ends, since actress Sonequa Martin, who plays Sasha, recently landed the lead role in the new Star Trek television show. It seems Sasha has taken on the comic book character of Holly on the show and in the comic book Holly sacrifices herself in the war with Negan and sadly dies. This will be very heartbreaking for fans. Hopefully, it will go in a different direction.

So be sure to tune in to AMC’S “The Walking Dead” on February 12th to see the second half of Season 7 start. We have lots of big storylines heading our way. So you will not want to miss a minute of the show. Don’t forget to check often with Soap Opera Spy for all your latest Walking Dead spoilers, news, updates, and much more.

‘The Young and the Restless’ Spoilers: Nick And Chelsea Continue Bonding – Will They Officially Become A Couple?