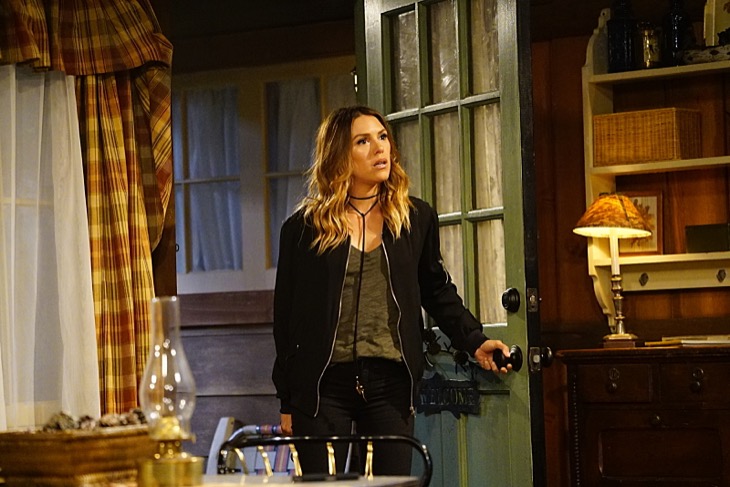 Chloe (Elizabeth Hendrickson) spoke with Victor (Eric Braeden on ‘The Young and the Restless’. She told him that she wasn’t involved in Adam’s (Justin Hartley) death and that she believes Victor didn’t kill him either. Chloe thinks that Adam has basically faked his death again. However, Adam’s father remains understandably uncertain in all regards.

It takes time to regain someone’s confidence after trust was broken. Victor believed that Chloe was going to follow through with his initial plan to frame Adam. He wanted to teach his son a harsh lesson for having helped send him to Walworth State Prison. Of course, Victor’s decade-long sentence magically reduced into four months served. And that’s when this soap turned deadly.

Victor somehow believed that a mentally unstable woman, who’s child (Delia, Sophie Pollono) was accidentally hit by Adam’s SUV and died, was controllable. That miscalculation followed the ‘Moustache’s’ experience with Marco Anaselli (Peter Bergman), who also ran wild in Genoa City. Would the younger version of Victor have made two miscalculations within a one-year time frame? Longtime viewers of ‘The Young and the Restless’ may want to chime in this regard.

Everything changed when Chloe went rogue. She wasn’t thinking clearly, but merely with vengeance. While her plans to keep Adam in prison and later, to shoot him with a dart gun, were considered, they weren’t foolproof. Chloe acted like a fool when she jeopardized Bella’s (Cali May Kinder) future. Then, after being forced to turn Sage’s (Kelly Sullivan) diary pages over to Victor, she cooked up the cabin scheme.

You Might Also Like —> ‘Y&R’ Kristoff St. John, ‘GH’ Michelle Stafford and Her Daughter Natalia Have Fun Together

Paul (Doug Davidson) confirmed that a propane tank exploded in the cabin where Adam was staying. That realization seems to rule out death by homicide. Since DNA evidence was recovered from the scene everyone has license to believe that Adam has moved beyond this earth.

Viewers believe that Y&R will recast this key character. When that happens and who will fill that role remains to be seen. But, whenever Adam does return from the dead the person he’s most likely to confront isn’t Victor. No, it’s Chloe and she should remain worried about that looming scenario.