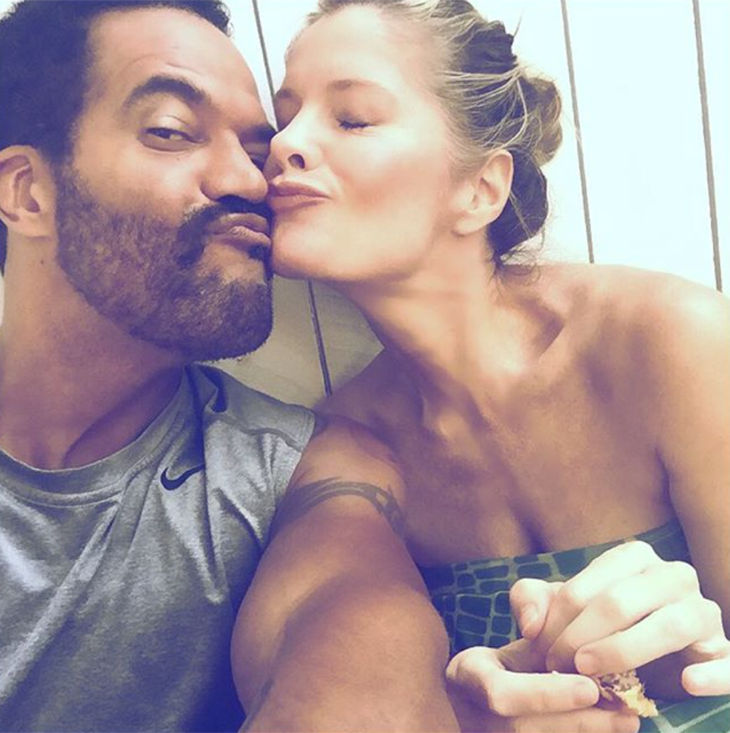 The trio’s photogenic mugs did not go unnoticed by soap fans! “So cute,” “Love the blonde hair,” and “you are still as handsome as ever! @kristoffstjohn,” were typical responses. One fan must have been engaging in a little wishful thinking when she cheekily wrote, “Wonderful looking Family.”

Stafford is doing a bang-up job as nutcase Nina on “GH” but soap fans have long memories. “Yes, I miss her as Phyllis, you just didn’t play with Michelle Stafford…she had that look about her! I hope they bring her back, maybe in another role,” opined one viewer.

In the meantime, Stafford is busy showing that you best not play Nina Clay, either. The Port Charles magazine exec is desperate to replace the baby she lost while in a coma. So desperate that she’s willing to foray into the black market baby trade!

Things looked promising last week when Nina chatted up a potential baby donor in the park. Sadly, Ava Jerome (Maura West) ruined the party by blurting out that Nina had once stolen her baby. Ava sure can hold a grudge!

On Y&R Kristoff is also enjoying a meaty storyline. Viewers watched Neil reunite with his long-lost mother Lucinda, played by Star Trek fan-fave Nichelle Nicholls, only to lose her within hours. The deathbed scenes were heartbreaking and award-worthy.

The fleeting interaction has already led to multiple storyline payoffs. Neil discovered his mother’s 25-year sobriety chip and renewed his own sobriety vow. He’s also renewed his commitment to his fractious family.