‘The Young and the Restless’ Spoilers: Billy Still Has Eyes for Victoria – Tricky Sets Better Course 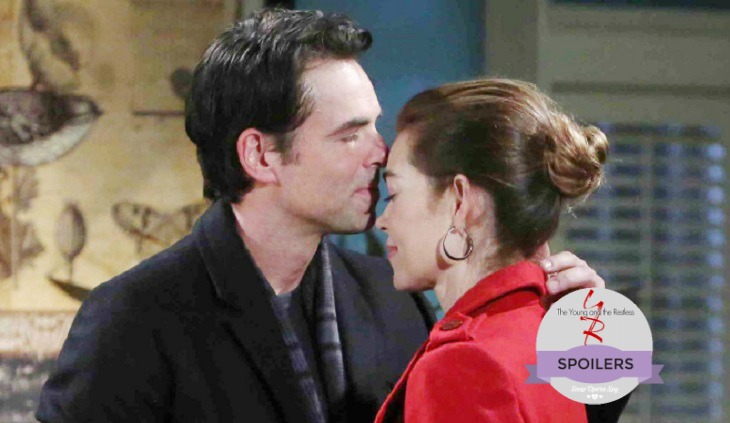 Billy (Jason Thompson) doesn’t have anyone on ‘The Young and the Restless’. He currently stands alone romantically as a result of another misguided personal pursuit. With ‘Philly’ seemingly dying, or dead, Billy was recently reminded that he still loves Victoria (Amelia Heinle). However, ‘Tricky’ seemingly affords her a better opportunity at a far more stable life.

Vickie knows that she will always maintain a space in her heart for this multiple time husband and the father of two of her children. Yes, past feelings for Billy Abbott can’t be denied and there were memorable adventures during past years to be sure. But, after too many tormenting roller coaster rides, Vickie decided that she’d had enough.

Travis (Michael Roark) is the anti-Billy. Consider how he handled a recent confrontation at the tavern (Hank’s Dive Bar) that he used to own. Intimated by a beer goggle wearing patron who wanted to take control of the pool table, Travis felt it best to walk away. But, Billy told that miscreant to bug off and wanted to fight. Travis didn’t allow Billy to be demolished, instead opting to pull the lug off him (basically).

Many married people understand that it’s a privileged duty to raise whatever children they’re responsible for. However, some people are also called to continuously resolve whatever ongoing problems the child-like adult, also known as their spouse, creates in the world. That fictional reality most recently pushed Vickie over the edge earlier this year. Fortunately, Travis helped to brace her fall.

The possibility that Bella (Cali May Kinder) might afford Billy a chance at redemption has been introduced into the plot. Of course, Chloe (Elizabeth Hendrickson) is purposefully hiding the truth of her paternity, which will likely be revealed in the near future. In the meantime, if Vickie chooses to remain with Travis, Billy will be forced (or, already is being forced) to move on with his life. However, the love he maintains for his ex-wife and the genuine goodness he offers to their children will keep the ‘Villy’ option open for him for awhile, or even indefinitely.

‘The Bold and the Beautiful’ Spoilers: Eric Makes SHOCKING Move – Cuts Off Ridge, Signs Forrester Creations Over To Quinn And Wyatt