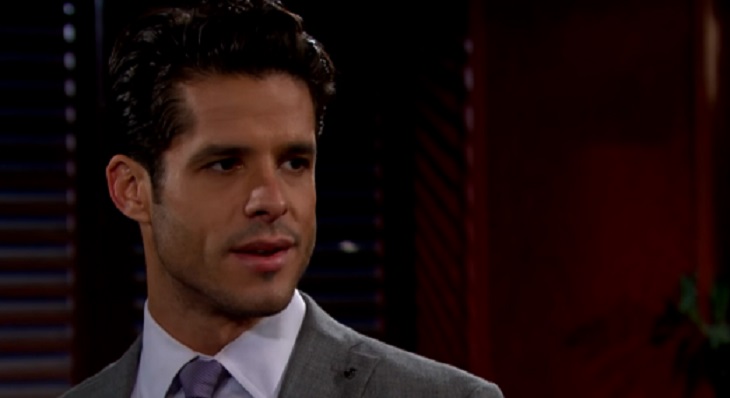 On “The Young and the Restless” Miles Gaston Villanueva plays the character that most fans love to hate. Miles portrays the part of Luca Santori, the not-to-be-trusted guy. As if all that daytime drama isn’t enough, Miles has been one busy actor in Hollywood, working on some exciting projects.

Related: Are You on Board with Phyllis and Victor’s Alliance? VOTE!

Y&R’s Miles Gaston Villanueva recently sat down with On-Air- On-Soaps and revealed that he did have a moment to exchange some soap biz chat with Judith, especially because of their daytime experience. He dished to Michael Fairman, “Yes we talked. Judith knew I was doing double days. I would shoot Y&R get called in at 7:30 in the morning, and then I would finish at 11:30 or noon, and then I would go rehearse the play.” Looks like Miles has been one busy man!

It hasn’t been revealed what Miles Gaston Villanueva will play when he guest stars on the CW series, but he did tease us with this “My air date is tentatively October 17th. What I play is a secret! I could be a rival, cousin, a brother…You will have to tune in and see!”

Related: Jack Continues To Live In Fantasy World – Oblivious Of Phyllis And Billy’s Affair, When Will Truth Come Out?

So Y&R fans don’t forget to tune in to see Miles Gaston Villanueva on October 17th on “Jane The Virgin”. Also don’t forget to check often with Soap Opera Spy for all your latest Young and Restless spoilers, news, updates, and more.