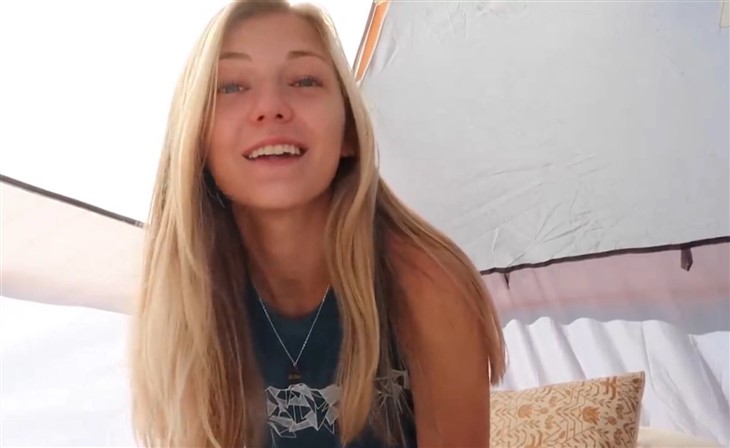 Gabby Petito was a 22-year-old Vlogger who was on a cross-country trip with her boyfriend, Brian Laundrie, last fall. While on the cross-country trip, Gabby disappeared and was later found murdered. Before Gabby’s murder, she and Brian were stopped by the Moab, Utah police who failed to see the danger Gabby was in and allowed her to leave with Landrie. Gabby’s parents have filed a $50 million lawsuit claiming the police could have saved the young woman’s life.

Petito’s parents filed the complaint on Thursday, November 3, 2022. The complaint states that had the Moab police followed statutes set up by the state of Utah on domestic violence, Gabby would be alive today. Instead of separating Gabby and Brian, the police allowed them to leave together. Had the situation been deescalated, Gabby certainly may have survived.

According to the lawsuit filed by the Petito family, the officers who stopped Gabby and Brian failed to notice the signs of domestic abuse. Moab police officers identified Brian as the victim despite the obvious signs of trouble that Gabby was giving them. The lawsuit states that these two officers were negligent in their duties which lead to Gabby’s death.

Was One Of The Officers Biased?

The attorney for the Petitos alleges that one of the officers was “fundamentally biased” stating that according to the Salt Lake Tribune, Eric Pratt, threatened to kill a woman after their relationship ended. However, the allegations came from a woman who never filed a formal complaint against him nor is she named in the suit.

The officers also allegedly looked for loopholes in the Utah laws to avoid following non-discretionary laws that would have separated the couple. Their lawyer also believes that the officers had not had enough training in domestic violence issues. The police department is responsible for seeing that officers receive appropriate training.

The Lawsuit Against The Laundries

This lawsuit follows a suit filed against Brian Laundrie’s parents, Chris Laundrie and Roberta Laundrie. In the lawsuit against the Laundries for emotional distress. The family also claims that the Laundries knew that Brian had killed their daughter and covered for him. The Petito family believes that the Laundries purposely hindered the police investigation.

Schmidt says, “We feel we need to bring justice because she could have been protected that day. There are laws put in place to protect victims, and those laws were not followed, and we don’t want this to happen to anyone else.”

Should The Police Have Done More To Help?

The Moab police defends their actions claiming that they could not see into the future. The city vows to “ardently defend against this lawsuit.” The Moab police department responded to a domestic violence report On August 12, 2021, where Laundrie we hitting Petito. When the couple was pulled over the police identified Petito as the instigator and told the couple to spend the night apart. However, they failed to physically separate them.

Could the police have saved Gabby’s life? Will the Petitos get justice for Gabby after what they believe was nothing less than negligent police work?

Keep checking back for news and updates on the Petito’s case.