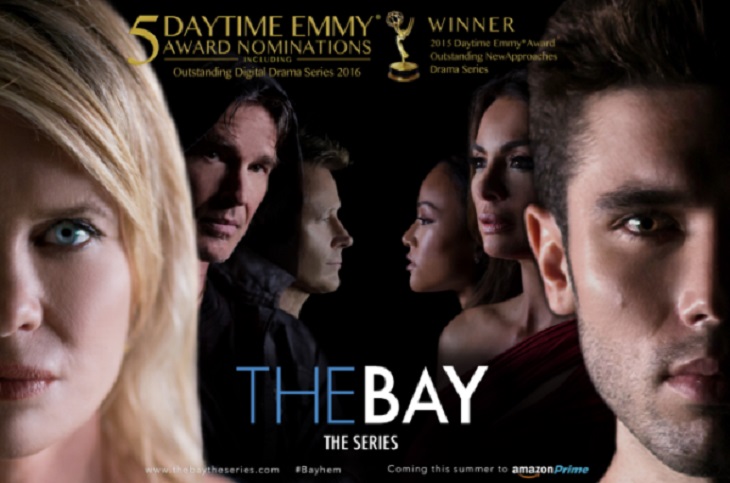 The Bay creator Gregori J. Martin announced recently that the award-winning web series would soon be move to the streaming service Amazon. The first 3 seasons will be available on September 6 – let the binge watching begin! Adding to the excitement, the series has been digitally remastered for fans viewing pleasure.

Related: Patsy Pease Dishes On Kim Donovan’s Return To ‘DOOL,’ The Bay,’ And Her New Book!

The soap opera, a hybrid of daytime and primetime dramas, has an impressive list of stars from several soaps. Chad Duell from ‘General Hospital’ is the most recent addition to the cast for season 4. Mary Beth Evans [Sara Garrett] a veteran of ‘Days of Our Lives’ took home a Daytime Emmy for Outstanding Actress in a Digital Daytime Drama and also Outstanding Digital Daytime Drama Series, Producer.

If you haven’t followed The Bay online here is a synopsis of the digital daytime series –“In a posh community by the sea, Bay City’s rich and famous indulge their lifestyles with forbidden love, taboo sex, malicious lies and never-ending scandal.”

All episodes of The Bay from the first 3 seasons will be available on the streaming service Amazon beginning Tuesday, September 6. A premiere date for season 4 has not yet been announced.