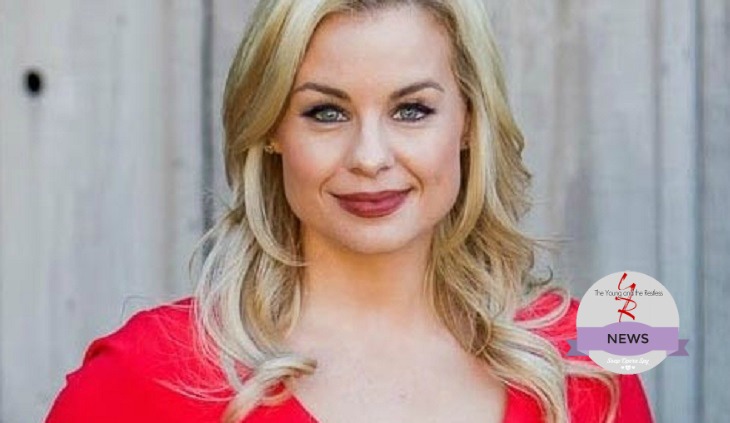 The former “The Young and the Restless,” star Jessica Collins (ex Avery Bailey Clark) has the cutest baby, one that’s proud to be home grown! Check out the adorable babe in oversized shades, shopping with mom at the Farmer’s Market.

Related: Miles Gaston Villanueva Lands Primetime Gig On The CW, Plus Starring In ‘God Look Away’ With Al Pacino!

Along with the glamour shades, little Jemma has great fashion sense, matching her wardrobe to the day’s duties: wonder where mom found the colorful carrot t-shirt? Collins and her husband Michael welcomed little Jemma in January.

Hanging with this cool cat at the Sunday morning Farmer’s Market. #GrownLocally 🍓🌽🍅

The fan consensus is overwhelming: baby Jemma has inherited her mom’s glamour genes! “She is so precious,” “so glamorous,” “Wow what a cutie, always happy for a new mommy,” opined fans.

Collins won the Miss New York Teen USA pageant in 1988. Later that year she snagged a first runner up spot in the Miss Teen USA contest. Don’t be surprised if baby Jemma, like her beautiful mom, is walking runways and winning titles in a few years!

Related: Are You on Board with Phyllis and Victor’s Alliance? VOTE!

Fans first saw Collins on the small screen when she originated the role of Dinah Lee Mayberry on Loving in 1991. After a three year run, Collins left the soap and made appearances in several popular series such as CSI: Crime Scene Investigation, Two and a Half Men, Star Trek: Voyager, Dawson’s Creek and Beverly Hills 90210.

She was on-air in her second soap role on Y&R from 2011 to 2015. She played legal eagle/cooking show host Avery Bailey Clark. During that time Collins was recognized for her work with a nomination for a Daytime Emmy Outstanding Supporting Actresses in a Drama Series award.