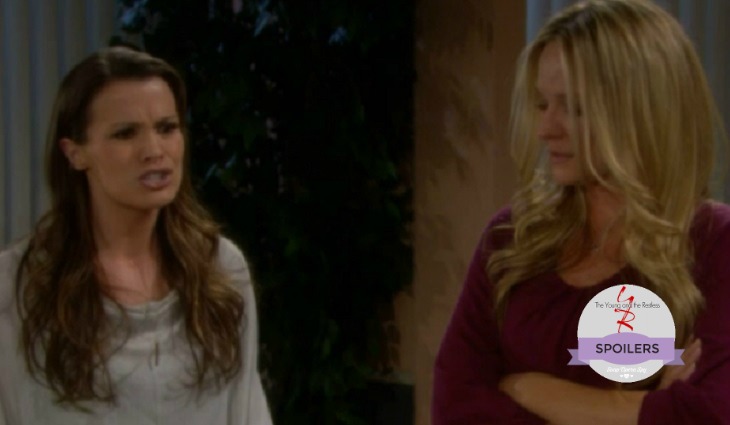 Perception is everything on ‘The Young and the Restless’. Chelsea (Melissa Claire Egan) is currently being consoled by everyone in town, which is natural because she believes that her husband Adam (Justin Hartley) was just killed. Meanwhile, Sharon (Sharon Case) remains generally scorned. Why has Chelsea been given a pass in Genoa City?

The characters in this fictional Wisconsin town haven’t forgotten that Chelsea originally targeted Billy (then played by Billy Miller) five years ago, in soap time. She was working Myanmar (also known as Burma) when Billy was living abroad and calling himself Liam. Johnny (Holden and Ryan Hare) was born as a result of their limited relationship in Asia.

Chelsea initially accused Billy of having assaulted her. Yes, Victor (Eric Braeden) had his fingers in that messy situation, which saw Billy held in prison and Chelsea confirmed as a con. Eventually Johnny was adopted by Victoria, which calls to question Chelsea’s maternal instincts on ‘The Young and the Restless’.

Regardless of circumstances at the time, what type of person would relinquish rights to her flesh and blood? Of course, Chelsea has had little interaction with Johnny ever since Victoria agreed to raise him. Despite agreed upon rules, Chelsea’s maternal instincts appear measured in retrospect.

Meanwhile, there’s Sharon. She’s had two children unjustly taken from her and suffered the loss of a third. Cassie’s (Camryn Grimes) death was later balanced by the revelation that Mariah (also Camryn Grimes) lived. Not knowing that she originally delivered twins, Sharon embraced the young woman who initially pretended to be Cassie’s ghost. Yes, Victor had his fingers in that messy situation as well. Sharon also had Faith (eventually played by Alyvia Alyn Lind) taken from her at birth, before she was returned.

All detractors who currently choose to focus on Chelsea’s grief and Sharon’s withholding of Sully (who’s actually Christian) are biased. Yes, Sharon has made mistakes and isn’t doing right by Sage’s (Kelly Sullivan) child. Yes, she’s not being honest with Dylan (Steve Burton) about their current family situation and is denying Nick (Joshua Morrow) from being with the boy who most think is his son. But, what about Chelsea’s many misdeeds and the laws she’s broken? All who believe that Chelsea should be embraced while Sharon is scorned are clearly picking sides based on emotion, rather than mixing logic into this ever-soapy equation.