‘The Young And The Restless’ Spoilers: Nick Newman Has New Instant Family Following Adam’s Death – Chelsea And Nick Lean On Each Other 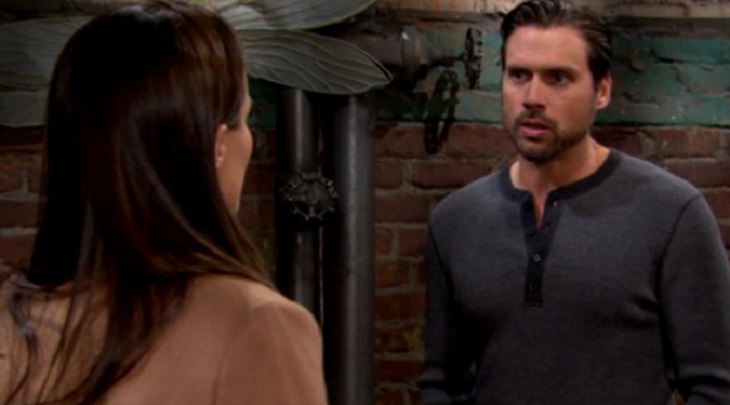 Hartley delivered a number of fine performances during his farewell scenes on ‘The Young and the Restless’. Included among them was a meeting Adam had with Nick in the much-frequented Walworth Prison visitor’s room. During that heart-to-heart Adam asked Nick if he would look out for Connor while he was locked up. At that time Adam expected to remain behind bars for 30 years after being framed for the murder of Constance Bingham (Sally Kellerman).

Adam had no idea that needed evidence was about to be staged for the Genoa City Police Department. Chloe turned Sage’s missing diary pages over to Victor (Eric Braeden), who had them placed in a motel room where Bethany (Chrishell Stause) was believed to have stayed. Of course, Bethany took money from the ‘Moustache’ to play the patsy and left town.

Key characters in Genoa City were convinced that said evidence was enough to free Adam. But, he subsequently attacked a prison guard and was sentenced to another 10 years behind bars. That established a scenario where Victor orchestrated Adam’s escape and temporary residence in the fated-cabin.

Related: Stitch Wants a Baby – But Is It Too Late?

Nick was intentionally written into scenes where he became the protector of Adam’s family. First, at the landing strip where Adam, Chelsea and Connor were supposed to depart. Then, in the woods where the cabin blew apart. Both incidents, along with his lead role at the memorial service, have established Nick as a trusted man in Chelsea’s life. Whether this scenario leads to romance will be dictated by the recast of the Adam character and whatever direction executive producer Mal Young feels is best for all actors involved in this arc.

‘The Bold and Beautiful’ Spoilers: Bill Hires a Wedding Planner, Will Wedding Go On Without a Hitch?