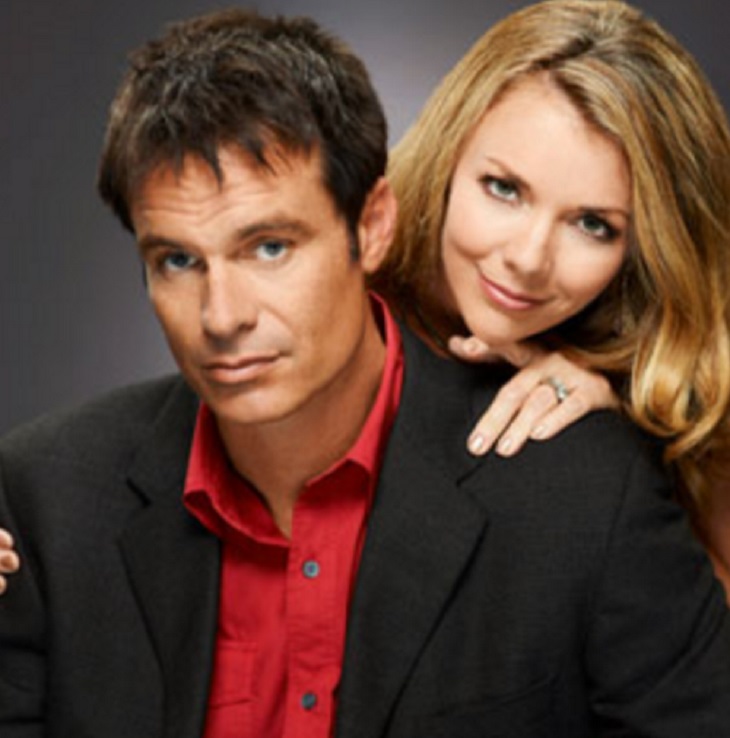 ‘Days of Our Lives’ spoilers tease another super couple is returning. According to a blind item from Serial Scoop another popular pair is on their way back to Salem. The blind item has left many viewers puzzled but the clue from Serial Scoop is that “A Salem super couple, who first started battling a twisted sister in the 1990s, is making their third return trip home.”

So who could it be? We already know that Patsy Pease [Kim Donovan] and Charles Shaugnessy [Shane Donovan] are returning to Salem. Also the return of Leann Hunley [Anna] has already been announced so who else could it be?

Already we hear names mentioned, some speculate that it could be the popular pair of Carrie and Austin. Could it be? Carrie did battle her sister Sami [Ex-Alison Sweeney] for years, so it is possible that Carrie and Austin could be on their way back to Salem.

Carrie was last portrayed by Christie Clark and was last seen in 2012. She left town after ending things with Rafe [Galen Gering]. Austin on the other hand was last seen in 2012 and was played by Patrick Muldoon. If in fact the show has gotten these two rehired we’re sure ‘Days of Our Lives’ viewers would love it. Let’s not forget that Carrie and Austin was a very popular pair during their run on the NBC soap opera. Even to this day the pair is still a household name; many viewers still talk about them.