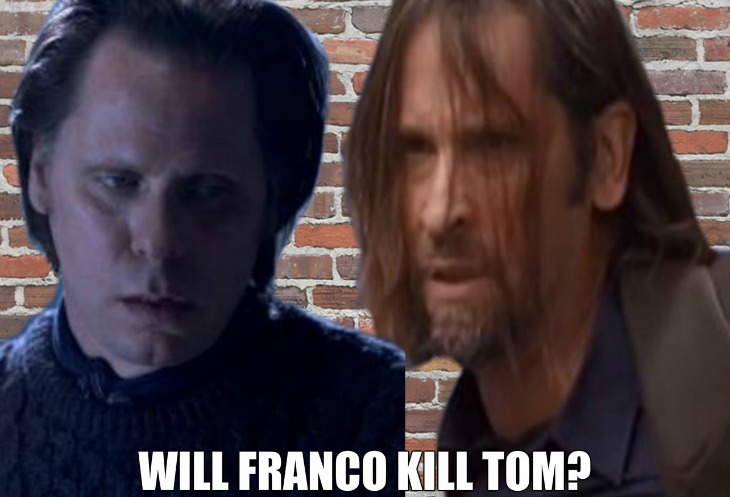 Franco has been known for taking things to far when he feels that he or someone he loves is threatened. So now that Tom Baker has not taken Franco’s request to stay away from Elizabeth seriously, do you think he will result back to his old ways and get him gone for good?

Franco will do whatever it takes to protect the woman he loves, even if it means that he has to take matters into his own hands. Of course Elizabeth will not be happy with him if he goes to far and it will cost him his relationship with her. Will that be enough to stop him?

Now that Tom seems to be targeting Kiki Jerome (Hayley Erin) which Franco thinks of as a daughter that may be enough to push him over the edge. Franco is really being put to the test and we will all get to see just whether or not he is a changed man. Do you GH viewers believe that he is?

A lot of GH fans are highly upset that the writers are taking Franco’s character back to a dark side. Hopefully, he will end up not making a bad decision because a lot of fans are rooting for him and Elizabeth to make it as a couple. Although as of right now things are not looking good but that can always change.

It would be best if Tom Baker would just leave town, but this is a soap we’re are talking about so of course he has to stir up as much trouble as he can before that will ever happen. Stay tuned to ABC’s General Hospital to see how this all plays out. Don’t forget to check often with Soap Opera Spy for all your latest General Hospital spoilers, news, updates, and more.