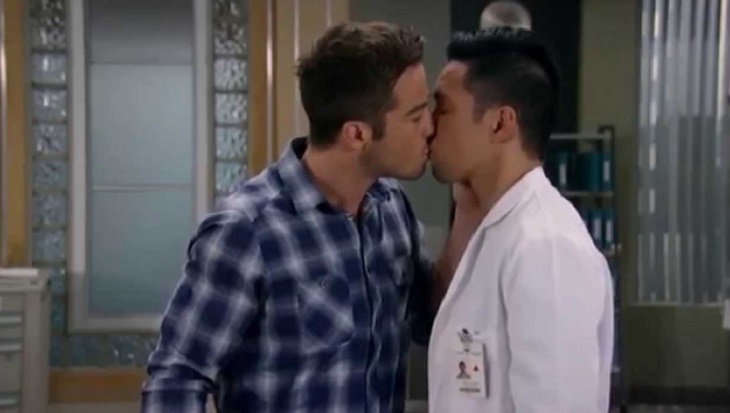 Due to the televised funeral of Muhammad Ali, Friday’s episode was postponed until Monday, and we were assured that it was important enough to be held over. Little did they know…

Sunday morning’s horror in Orlando, Florida, gave a weight and meaning to Brad and Lucas’s wedding that wouldn’t have been there otherwise. Let’s face it, the rocky road to their nuptials have left us all feeling rather lukewarm about the whole thing. So long drawn out and fraught with so many ridiculous obstacles, I had reached a point where whether it ever happened or it never did, I was good with it.

Sunday’s targeted massacre of 49 innocent members and supporters of the LGBT community, and the injuries of 53 more, reminded us that as far as we have come in the acceptance and tolerance of LGBT’s, there will always be those among us who would rather kill than evolve.

Related: William deVry Dishes On The Fate Of ‘Julexis’ – Can Couple Be Saved?

Monday’s wedding, although fictional, was everything we needed it to be. It was moving, and heartfelt, and because the vows were being spoken by two men on this day, it was very emotional.

Meanwhile, as it connects to the actual reason it had to happen at the Jerome-Davis house, watching Julian and Alexis suffer the pain of failure of their vows and promises as they watch Lucas and Brad enter into a life of wedded bliss was a nice touch. Carly’s unabashed joy juxtaposed with that misery was entertaining. There was a moment when she was looking off-set at something or someone we couldn’t see, and she looked genuinely joyous. I loved that scene. Meanwhile, Alexis looked as sick and sorry as someone caught in her nightmare should. I was genuinely waiting for her to blurt out that the murder weapon was in the cabinet because I know that deep down, Alexis NEEDS to do the right thing.

There’s time for that, I guess.

This week’s performer is going to be the wedding event, and it’s simply because the tragedy that unfolded over the weekend helped to remind us that love conquers all.

‘Days of Our Lives’ POLL: Does Hope Belong with Rafe or Aiden? VOTE!