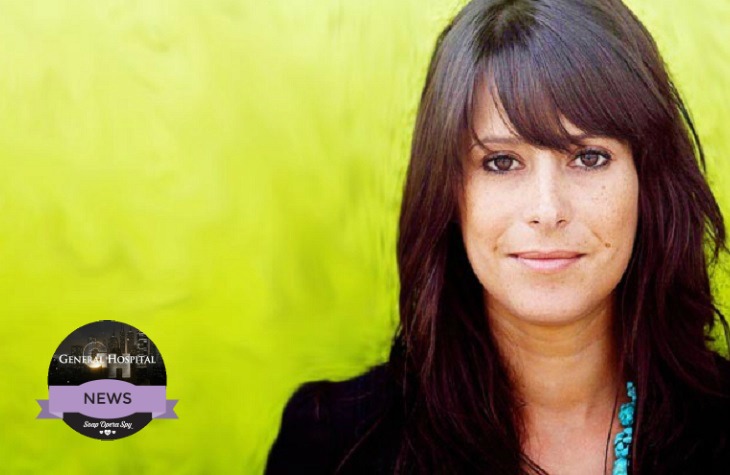 McCullough was very happy meeting up with the young one and she took to twitter sharing “Finally got to meet this nugget of goodness today #bowiebanjo @MyJasonThompson”. Her tweet included a picture of herself holding onto the young one tightly.

Bowie Thompson was born to current ‘The Young and the Restless’ actor Jason Thompson [Billy Abbott] and wife Paloma Jonas on May 25, 2016 in San Pancho, Mexico. He is only just 3 months plus and had the opportunity of being held by famous American actress Kimberly McCullough.

Jason met up with both ladies who are recorded in history as his two former love interests on ‘General Hospital’. Firstly Thompson met up with Teresa who is known as one of his love interest on the American soap opera. Castillo was not alone she was also with her beautiful bundle of joy Victoria Milani.

Later McCullough was fully distracted when she met up with her former co-star and his little beauty got her attention. We are positive she was happy to see Jason again but she was super thrilled to meet the little one and even more so to hold him. McCullough and Thompson was and still remains a household name after years of playing super couple Robin and Patrick on GH, also referred to as ‘Scrubs’. Their time together may have ended but they still remain a hot topic to this date.

Viewers can catch Thompson as Billy Abbott on another daytime soap opera ‘The Young and the Restless’ weekdays on CBS. Look for his storyline to heat up when Jack [Peter Bergman] is made aware of his brother’s betrayal with his wife Phyllis [Gina Tognoni].