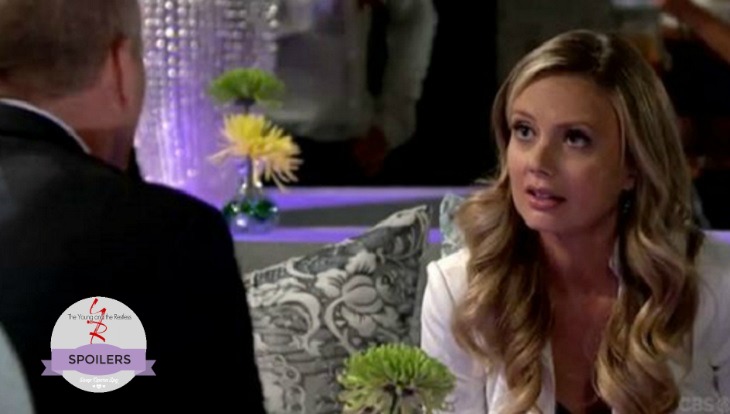 Abby (Melissa Ordway) was totally unpredictable during her younger days on ‘The Young and the Restless’. But, marrying ‘Stitch’ (Sean Carrigan), enduring a terrible experience with Max (Jared Breeze) and suffering the loss of her baby created growth opportunities that were taken. All factors have combined to make Abby’s decision to postpone having another baby with ‘Stitch’ wise.

‘Stabby’ was not love at first sight. Instead, Ben (aka ‘Stitch’) initially liked Ashley (Eileen Davidson), Abby’s mother. Abby hated ‘Stitch’ because she thought he killed his mother. But, she admitted misjudging Ben after his heroism was later revealed and confirmed. Then, both likeable characters grew to love each other.

Max was revealed as a disturbed soul, after initially appearing to be purposefully cruel. His plan to cause Abby to trip down the Genoa City Athletic Club’s stairs caused his dad and unwanted stepmother to lose their unborn child, who would have been his first sibling. Abby responded with compassion for her stepson, likely seeing some of her past self in his reckless actions. ‘Stitch’ valued his wife’s compassion for his son and for himself.

But, Ben also needed time to deal with what his son had done. He opted to visit Max in a mental health facility without his wife’s accompaniment, which hurt Abby at the time. Mrs. Rayburn gave her husband space and has been patiently been waiting for him to regain his emotional footing. Now that he seems to have done that it appears as though Abby has remained cautious. Basically, she wants to make sure that their marriage is sound before they try having another child.

A handful of years ago everyone knew that Abby was impulsive. She didn’t care how other people were affected by whatever actions she willfully committed. But, now that serious adult issues have played out and were dealt with, Abby has grown wiser. She’s smart to give ‘Stabby’ a chance to find stable ground as she and ‘Stitch’ consider building a new family.