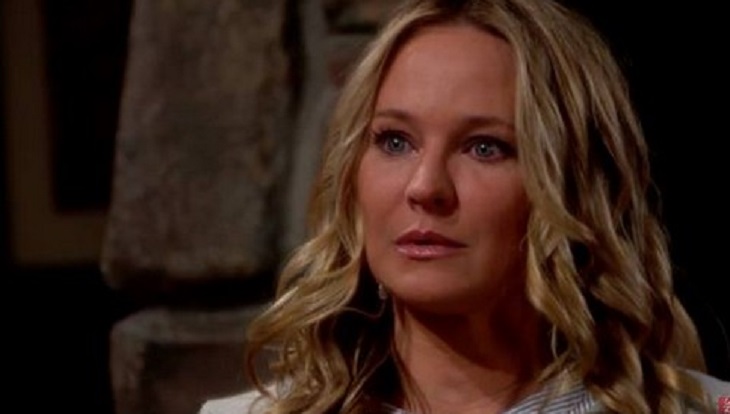 Many fans of ‘The Young and the Restless’, or possibly all of them, know people who are self-destructive. Sharon McAvoy (Sharon Case) clearly falls into this category inside the fictional world of Genoa City. She missed an opportunity to do right by Sully on a number of occasions. Now, she faces the ongoing certainty that the little boy who she’s wrongfully raising will be revealed as Christian Newman, who never actually died.

Longtime viewers can separate Sharon the character and Sharon the actor. Case’s character behaves in ridiculous ways and, as previously noted, surely reflects a certain personality type that can be found in everyone’s family, circle of friends, neighbors or co-workers. But, hopefully not in the mirror (ouch!).

Case the actor is outstanding. Yes, it’s subjective to rule in this manner. But this scribe sees her as a great daytime actor who’s consistent performances easily put her character into Y&R’s Hall of Fame.

The problem with Sharon, the character, is that a stream of Y&R’s writing staffs have regularly written this embattled woman into needlessly perilous, personal situations. Why not allow her to grow? Fiercely loyal to her family, having overcome the me-first Newman contingent on many occasions and having achieved past career success, Sharon surely had the chutzpah to not lie about who Sully really is.

It would have been realistic to have allowed Sharon a few days to deal with the shock of learning that she never was pregnant and that the boy she thought was her son was actually Sage’s (Kelly Sullivan) child. Compound that with the belief that Nick (Joshua Morrow) is also this boy’s father, yet she still withheld the truth from him as well. Of course Nick isn’t Christian’s father, but Sharon honestly doesn’t know that Adam (Justin Hartley, or whoever plays this role next) is.

Instead, Sharon ropes Mariah (Camryn Grimes) into her untenable deception. Then, she constantly talks about the issue with her discovered twin daughter. At some point the wrong person, think Victor (Eric Braeden), Nick, Dylan (Steve Burton), or maybe even Phyllis (Gina Tognoni, God forbid, could overhear them talking. And, wouldn’t it be ironic if Sharon inadvertently turns herself in by exposing the truth?