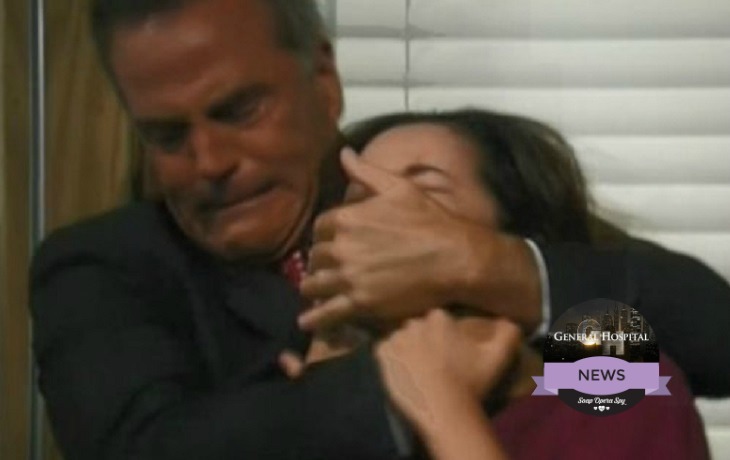 Viewers are still reeling from the latest death, courtesy of the ‘General Hospital’ serial killer – Sabrina Santiago [Teresa Castillo]. Though it was becoming quite obvious that she would be next, viewers were hopeful for the best. This week was a devastating one as we saw doctors declare the nurse dead. Now the question is asked, why ‘General Hospital’ would chose to kill off such an important character and a major player.

Co-Head writers Shelly Altman and Jean Passanante spoke with Soap Opera Digest about the reason they chose to kill off the character. Passanante declared that killing off Sabrina “was a very difficult decision to make. It’s always very difficult to kill off a character, but sometimes, the story demands it” Indeed it must have been very hard to kill off someone with such great talent and who meant so much to GH viewers.

Nonetheless the decision was made and the story has gotten more interesting. “We thought it would be important to give what Paul is doing more emotional foundation for our audience to have him kill someone who was literally in the wrong place at the wrong time and is somebody we care about,” she continues to share.

Viewers must always be wondering; what’s the point of bringing back Jeffrey Vincent Parise as a new character named Joe Rivera only to kill her off. Then what would be the point of Joe’s existence in Port Charles?  Co-Head Writer Shelly Altman says viewers will understand soon, the writer revealed that fans “will soon see a resolution to the situation with Joe.”

The end result is killing of Sabrina is sad, but it does give this serial killer storyline more meat. What’s left to be explained is the reason for Paul [Richard Burgi] committing these crimes, which viewers will see later on.