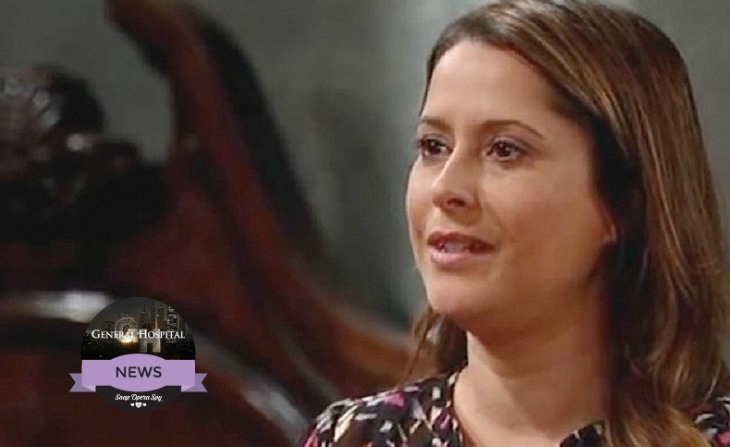 Good news all you Robin Scorpio (Kimberly McCullough) fans. She will be returning to General Hospital very soon. This is certainly great after all the bad news us fans have received lately.

After a fan asked Kimberly McCullough on twitter if Robin will be visiting soon she replied “Yes actually, I’ll be visiting GH very soon.” So now only if they would bring Patrick (Jason Thompson) and Emma Drake (Brooklyn Rae Silzer) back with her, but who knows we may see cute little Emma.

Patrick Drake on the other hand, who was once portrayed by Jason Thompson left the show, so if we ever see him again they would have to recast being that he went to another soap. Would you fans like to have the character of Patrick recast?

It was recently announced that Anna Devane (Finola Hughes) was headed back to Port Charles, so it looks like Robin will be following right behind her, but of course Sabrina Santiago (Teresa Castillo) was just killed and her and Emma was very close so it could be that they will be visiting for that. Anything is possible.

So GH fans would you like to see Robin Scorpio stick around long term? Have you missed her being on the GH? It would be awesome to have more scenes with her and Jason Morgan (Billy Miller), being how close they were and him now having all his memories back.

A lot of GH fans have been voicing their opinions on social media about wanting Jason to have more scenes with those he was close to since he has regained all of his memory.

It would even be nice to see Robin Scorpio back working at GH. That is if they can keep it from closing down and catch Paul before he does any more harm.

So if you’re a Robin Scorpio, fan keep your eyes peeled for her to be returning to General Hospital soon and if any more details come available we will be sure to let you know.

‘Days Of Our Lives’ Spoilers: Romance Brewing Between Chad And Gabi?