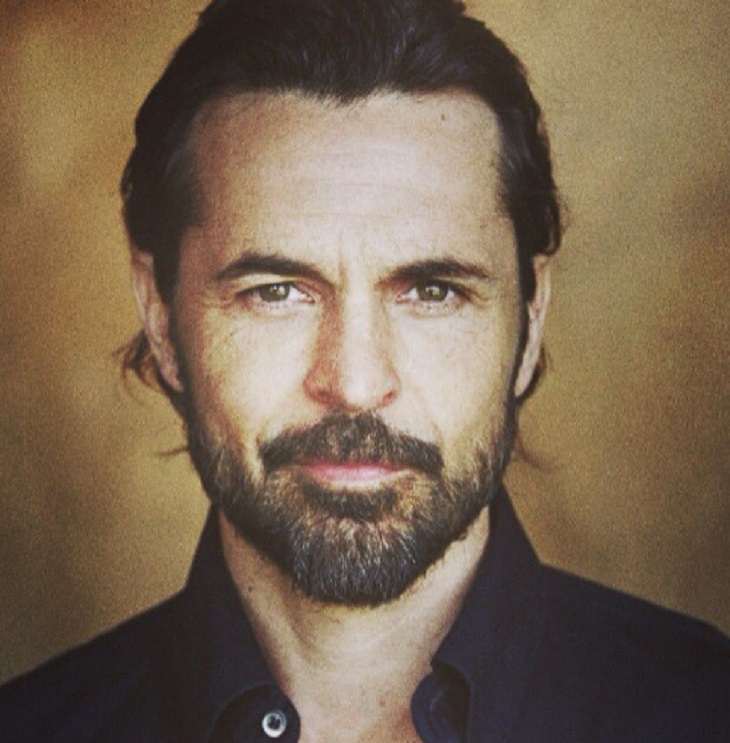 General Hospital’s Sabrina Santiago (Teresa Castillo) seemed to always been conflicted about her love for Mobster, Carlos Rivera (Jeffrey Vincent Parise).  As the story goes, he was her first love when she was still living in Puerto Rico, but she left there to work in Port Charles.  Sabrina Santiago first appeared on General Hospital in 2012.

Sabrina arrived as a student nurse who would let everyone push her around and tell her what to do, without any argument.  She also had a crush on widowed Dr. Patrick Drake (the Jason Thompson).  It looked like Patrick never really noticed her because she was so nerdy looking and he was kept on his toes by his girlfriend at the time, Dr. Britt Westbourne (then Kelly Thiebaud).  She was also best friends with Felix DuBois (Marc Samuael)

Related: Alexis Breaks Down In Court – Carly Introduces Nelle to Nina – Will Julian be Freed On Technicality?

General Hospital’s Britt was a nightmare.  She mistreated Patrick’s daughter, Emma Drake (Brooklyn Silzer), who adored Sabrina.  Sabrina works with the nurses and public, so they could bring back the Nurses’ Ball in honor of Robin Scorpio Drake (Kimberly McCullough).  By this point, Sabrina and Patrick are a couple, but it took far more work to make it work, and in the end, essentially failed, although their love and friendship remained intact.

It’s a good thing Carlos is dead, bc there would be a blood bath in Port Charles after today’s ep. RIP Sabrina @TeresaCastillo #GH #WTF

General Hospital is famous for causing chaos for beloved couples.  Sabrina and Patrick were no different, they had so much against them, it’s no wonder they didn’t work out.  One problem was Patrick’s ex, Britt was pregnant and claiming the child was his.  In the end, it was revealed that she had stolen Lulu Falconeri’s (Emme Rylan) embryo, and the baby boy, Rocco was returned to his rightful parents.

The second obstacle was Carlos Rivera, who not only returned the Port Charles to reclaim Sabrina as his, he fought with Patrick for her love, but once Patrick proposed to Sabrina, and she accepted, Carlos warned that Robin was still alive, but without any proof, they went ahead with their wedding plans.  This is where the last obstacle comes in, just as Sabrina and Patrick are to be pronounced husband and wife and be legally married, Robin walks into the church.

Sabrina has become a staple player in General Hospital.  Although she had no family in Port Charles, Tracy Quartermaine (Jane Elliot) was very fond of her, and treated her like a daughter.  Although Sabrina pretended to be pregnant with Michael Quartermaine’s (Chad Duell) son, when the truth came out, Michael initially rejected her, but in the end his love for her was stronger than his hatred for Carlos.

Sabrina married Carlos and had her baby, Teddy.  When she was being held captive, after Carlos died in Port Charles, she managed to sneak her son out of the compound where she was being held and sent Teddy to the Quartermaine’s mansion, where Tracy took him in and became his foster mother.  Sonny Corinthos (Maurice Benard) and Michael rescue Sabrina and she is reunited with her son and Tracy.

Shortly thereafter, General Hospital has a serial killer on the loose, and as we saw Sabrina died a hero.  She managed to save Dr. Monica Quartermaine (Leslie Charleson) from the same fate as the previous victims, but couldn’t save herself.  Once Sabrina realized who the killer was, it was too late for her to escape.  We have to wait to see who discovers her body, and what will happen to her son, but as you can see, fans are not the only ones mourning.

Jeffrey Vincent Parise, who is currently back on General Hospital as Carlos’ twin brother, Dr. Joe Rivera, has taken to twitter to voice his opinion on her death.  “It’s a good thing Carlos is dead, because there would be a blood bath in Port Charles after today’s ep.  RIP Sabrina @TeresaCastillo #GH  #WTF.”  How do you feel about Sabrina being killed off so soon after her second maternity leave?  Was it as shocking to you, as it was to most fans?

Be sure to watch ABC’s General Hospital daily to catch up on this and other stories.  Check Soap Opera Spy often for updates, news and spoilers!