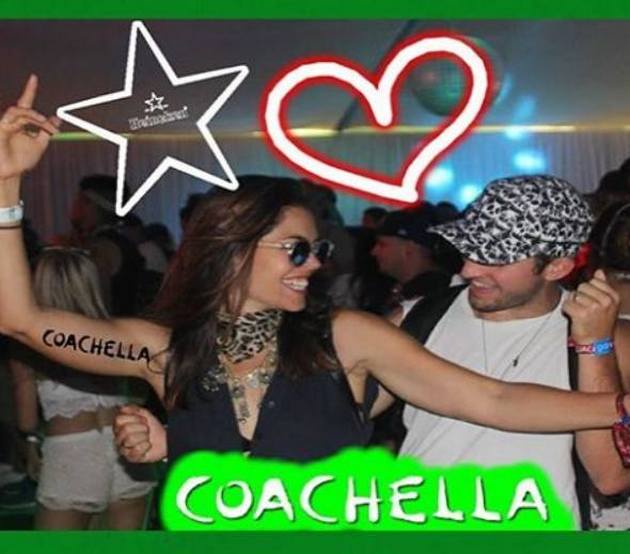 ‘General Hospital‘ fans will love this news. Bryan Craig and Kelly Thiebaud partied at Coachella, and the ‘GH’ stars shared photos of their music adventure on social media.

Kelly Thiebaud is best known for her portrayal of Dr. Britt Westbourne on the ABC soap, but this weekend she embraced the hipster vibe and dessert sands to enjoy music in Indio, California. Her fiancé and fellow ‘General Hospital’ star Bryan Craig partied all night while listening artists like Versis, The Kills, Lido, Foals, St.Germain, and Cosmic Crates.

The former ‘GH’ starlet snapped photos of her Coachella experience. In one photo, Thiebaud showed of her music festival style in black shorts, a navy blue duster vest, and sunglasses that fit perfectly with the hipster-packed scene. The soap star also wore a leopard print scarf and a necklace with dangling charms. Bryan kept it simple in a white T-shirt and skull emblazoned cap while toting a backpack which you can bet was packed with sunscreen and water.

In another photo of Kelly Thiebaud and Bryan Craig enjoying Coachella, the sun is high in the sky as Kelly captioned the picture, “Earth day. You’re beautiful!” A fan-favorite photo from Kelly Thiebaud’s Instagram, she and Bryan Craig are dancing the night away. Both are smiling as they party at Coachella and enjoy the music as well as each other. Such a cute soap opera couple!

Related: ‘General Hospital’ POLL: Do You Like Bryan Craig As A Blonde Or Brunette? VOTE!

Kelly Thiebaud and Bryan Craig have been together since 2013. They became engaged in June 2015, so we should be seeing a soap opera star wedding soon! We can’t wait!