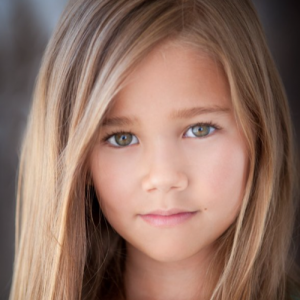 ‘General Hospital’ Brooklyn Rae Silzer [Emma Drake] will guest star on the Wednesday, April 27 episode of ‘Criminal Minds: Beyond Borders.’  The actress, who has been nominated for a Daytime Emmy in the Outstanding Younger Actress category, has been cast as Megan Wolf in an episode titled ‘De Los Inocentes.’

‘Criminal Minds: Beyond Borders’ airs on CBS Wednesday nights at 9/8C. The synopsis of the episode is, “When a woman vacationing in Mexico with her family is the victim of foul play, the International Response Team investigates her husband as the prime suspect when he flees.”

Brooklyn Rae’s character Megan is the daughter of the woman and ‘GH’ fans might get to see a lot of the little actress during the episode. Megan’s dad is the prime suspect in the crime.

And don’t forget, Brooklyn Rae Silzer also has a new movie coming out. She has been cast as Abby in the film ‘The Storyteller.’  It’s in pre-production right now and is scheduled for release sometime in 2017. The cast includes two of Brooklyn Rae’s ‘General Hospital’ co-stars. Kristina Wagner [Felicia Jones] portrays Doctor Gordon and Constance Towers [Helena Cassadine] has been cast as Rosemary.

‘The Bold And The Beautiful’ Spoilers: Quinn Returns For Liam – Will Adam Call The Cops On His Eve?