‘General Hospital’ POLL: Do You Like Bryan Craig As A Blonde Or Brunette? VOTE! 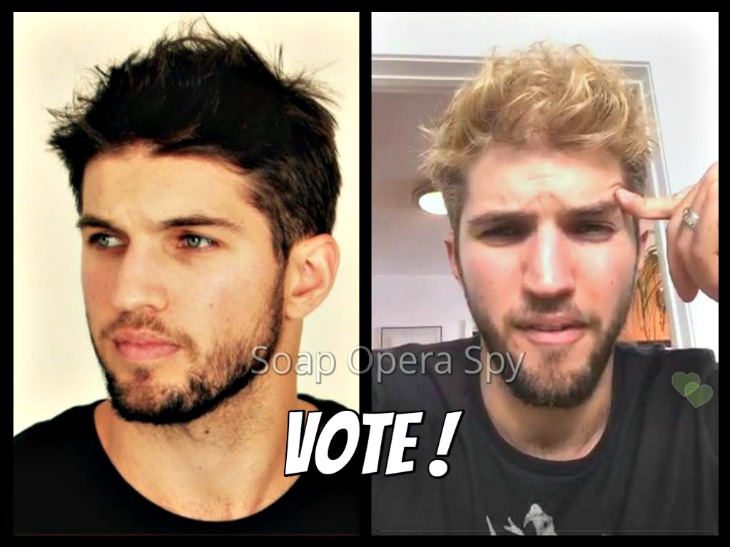 Do blondes really have more fun? It looks like that may be the case according to Kelly Thiebaud (formally Britt Westbourne) who tweeted a pic of her and her man Bryan Craig, General Hospital’s Morgan Corinthos.

The recent pic shows Craig has exchanged his beautiful brunette locks for a new sexy, blonde look. What do you think GH fans? Does this look work for Bryan? Also, how will it effect his GH character Morgan Corinthos?

Craig has been killing his role as Morgan Corinthos on ABC’s General Hospital. Morgan, son of mob boss Sonny Corinthos (Maurice Benard) was recently committed to a psychiatric facility to treat his bipolar disorder.

Fans have been impressed with Craig’s emotional and powerful undertaking of such an important issue. How will General Hospital write this change into the script? I don’t think there are colorist in the psychiatric wards.

Will this new look interfere with his ability to effectively portray Morgan Corinthos or could it be a sign that Morgan may get his wish and soon be released?

What do you think GH fans? Do you like Craig blonde or brunette? Take the Soap Opera Spy poll!