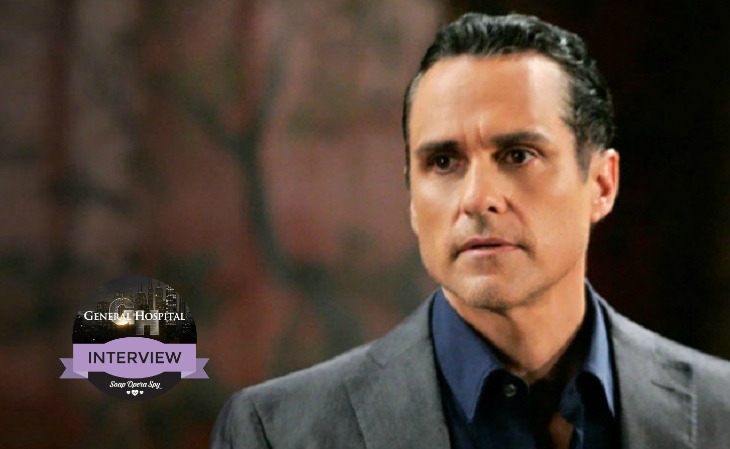 General Hospital’s Mr. Heartthrob himself, Maurice Benard better known as Michael “Sonny” Corinthos Jr., “The Godfather of Port Charles”, recently sat down with Tv Insider and boy did he have lots to say!

When it was brought up to Maurice that for a guy who is a number one star, you sure get a lot of gripes this is what he had to say “I’ve heard all the audience criticism: Sonny never pays for his crimes! They’re trying to make him a saint! Sonny has too many kids! Hey, you can’t please everybody and maybe some of that is true. There are times when I pick up a script and just know I’m gonna get crucified.”

Related: Anthony Montgomery Dishes About Andre and Jordan, His Music and More!

GH’s Maurice Benard was asked when he thought the show went too far to make Sonny and a hero and he responded with “Oh, like when he went to jail for a murder but got pardoned because he saved the governor’s daughter. I’m sorry they did that. It would have been interesting to see Sonny in prison, having to deal with people cutting him down to size.” Do you agree with him?

Maurice Benard revealed that he responds to the fans that say Sonny never pays with this “I think he has paid. A lot. Maybe not by being behind bars, but he has suffered a lot of personal loss because of what he does for a living“

Maurice says he still gets a lot of flack because of Sonny shooting Dante (Dominic Zamprogna) through the chest, but he didn’t know at that point Dante was his kid and Dante was a rat. In the mob world you shoot a rat! He explains that he can see why some people feel his character never pays and that Sonny should be in prison or actually dead. Maurice plays a character that some absolutely love and then there are others who love to hate.

GH’s Maurice admits that the worst crime Sonny ever committed was shooting Michael’s (Chad Duell) father A.J. Quartermaine (Sean Kanan). The ABC soap star revealed that his proudest moment on GH would be portraying Sonny’s bipolar illness. That hits him close to home being that he suffers from the illness himself.

So GH fans how do you feel about Mr. Mob King himself? Maurice Benard is a phenomenal actor and plays “The Godfather of Port Charles” very well. Don’t forget to tune in to ABC’s General Hospital to check out the mobster himself in action.

‘The Young And The Restless’ News: ‘Married With Children’s’ David Faustino To Star On ‘Y&R’