‘The Young And The Restless’ News: ‘Married With Children’s’ David Faustino To Star On ‘Y&R’ 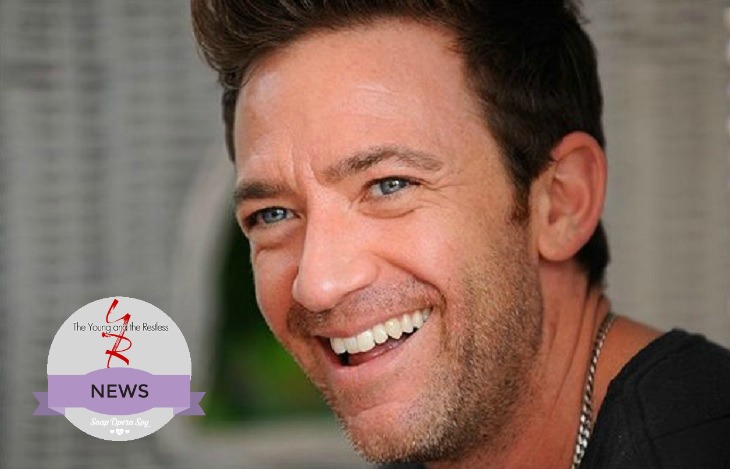 ‘The Young And The Restless’ spoilers tease that a familiar primetime face will be popping up in Genoa City this Fall.  Many characters have been married with children on ‘The Young and the Restless’. That cheeky tease enables David Faustino’s upcoming appearance on Y&R to be presented within this digital space. The former FOX Broadcast Network star is scheduled to play GC Buzz TV producer Howard Green on September 27.

Faustino’s run as Bud Bundy on ‘Married with Children’ lasted from 1987-1997. That ground-breaking, half-hour comedy helped to put the then-fourth major broadcast network on the entertainment map. Until the late-1980’s, CBS, ABC and NBC had ruled the free airwaves for decades. FOX permanently changed the televised landscape and many would argue, fueled the fragmentation of the entertainment audience.

Faustino’s Y&R character is expected to question a powerful Genoa City resident on ‘The Young and the Restless’. That person could be anyone from Victor Newman (Eric Braeden) to Devon Hamilton (Bryton James). Surely, Howard Green won’t be looking to talk with Al Bundy (Ed O’Neill), who’s likely still working at a shoe store in some mall many miles from the Wisconsin border.

Guest star gigs on daytime soaps date back decades. Recent appearances can be all in the family (which intentionally winks at CBS’ historic 1970’s sitcom), as Yvette Nicole Brown’s gigs have been. The ‘Odd Couple’ (revival) star played a reporter in Genoa City on a few past occasions. These special guest spots can also involve a soap legend, like Y&R co-creator Lee Phillip Bell’s September 1 appearance, or a legendary actor, like Star Trek’s Nichelle Nichols, who will appear on the same date. The start of September marks the milestone 11,000th episode of ‘The Young and the Restless’.

CBS’ iconic soap is to be credited for endurance within the genre and the television world. Many beloved daytime dramas haven’t been able to survive changing cultural tastes and broadcast network philosophy shifts. But, Y&R has managed to persist while also continuing to top the soap opera rating list. Its seasoned fan base obviously hopes that its run continues indefinitely.

‘The Young and the Restless’ News: Steve Burton and Doug Davidson Hilarious Video