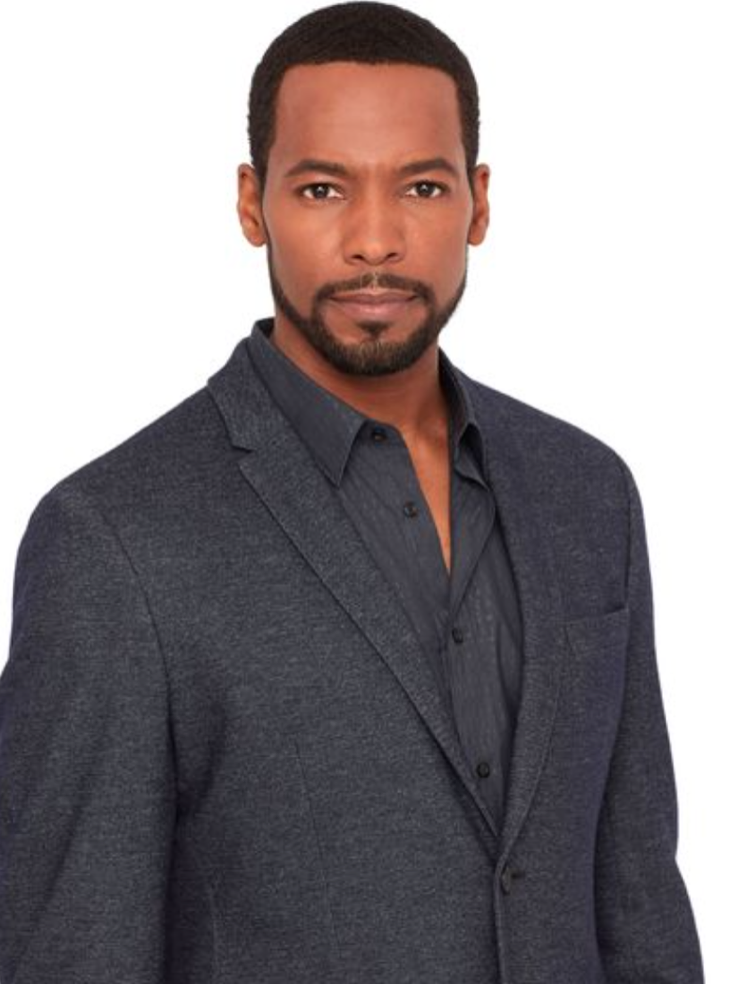 ‘General Hospital’ (GH) star Anthony Montgomery [Andre Maddox] held a Question and Answer session on Twitter in which he spoke about getting a role on GH, working with his co-stars and much more. After playing the role of Aaron for one episode, Montgomery joined the cast officially as Dr. Andre Maddox in November 2015 as a series regular.

When he was asked about how he got started on GH, he reflected and mentioned his first appearance which was a small recurring part back in 2011. Since joining the cast as Andre, Montgomery has become a fan favorite; he has also had a limited amount of screen partners. While viewers have seen him interact on screen with Vinessa Antoine [Jordan], Bryan Craig [Morgan], Laura Wright [Carly], Maurice Benard [Sonny] and Finola Hughes [Anna], they are anxiously awaiting to see him get acquainted with the rest of characters and so is he.

Andre and Jordan are getting closer and closer every day but Montgomery thinks Andre will remain secretive for a while. “They’re still discovering each other. Andre can’t reveal much too soon or Jordan would get bored,” he noted as he spoke of the couple’s development. On the topic of the Hospital killer, Montgomery is still in the dark on the killer’s identity, he exclaims he knows nothing when asked about the possibility of him being the killer.

Besides his acting on GH, Montgomery shares that he has plans to release new music – “I may release two or three new singles a year for a few years,” shared Montgomery. He, however, is still in the recovery process after hurting his knee earlier this year, he shares that while it’s taking time, he is confident he will eventually get there.

So ‘General Hospital’ fans do you think Jordan and Andre will eventually trust each other completely? Who else would you like to see him have screen time with?

‘The Bold and the Beautiful’ Spoilers Week Of August 22-26: Steffy Deserts Wyatt – Major Family Problems – Sasha And Thomas Heat Up