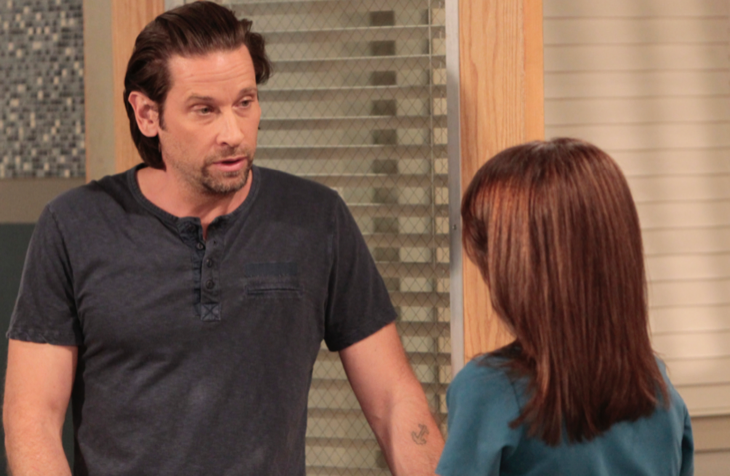 ‘General Hospital’ (GH) spoilers for Monday August 22 to Friday, August 26 are filled with mystery, dastardly deeds, strangers bonding and some tough decisions. You will not want to miss a second of the action coming up.

Ava Jerome (Maura West) is not someone you can say is a “quitter”. This woman is determined to keep her daughter, Kiki Jerome (Hayley Erin) away from Morgan Corinthos (Bryan Craig), and there is no such thing as “going too far” according to her. This week will be no different, Kiki and Morgan both confront Ava about leaving them alone, and of course to her daughter’s face she promises to back off.

When we see her on Fridays’ episode, she has stolen some of Morgan’s bipolar medication. Is she going to give them to someone to cause them harm, or is she going to make it look like Morgan is taking more than he is prescribed? Either way this plays out, Morgan is going to look like the bad guy again. We do see Morgan having a heart-to-heart conversation with his father, Sonny Corinthos (Maurice Benard), could it be about Ava and her interference or will it be him confiding more in his dad, since they both have bipolar disorder?

General Hospital’s Nurse, Elizabeth Webber (Rebecca Herbst) has been battling her feelings for Franco Baldwin (Roger Howarth) for a while, but recently she has softened towards him and it looks like there is a good chance these two are finally going to figure things out. Liz receives a mysterious package this week, which clearly upsets her and sends her directly to Franco for support. She also seems to be struggling with a major decision.

Could this decision be about Franco, or about her dear friend Nikolas Cassadine’s (Tyler Christopher) son, Spencer (Nicolas Bechtel)?

Laura Webber (Genie Francis) who is coping with the loss of her son Nikolas, is going to approach Liz for advice about Spencer and whether she should send him abroad to go to school. Nikolas’ “widow”, Hayden Barnes Cassadine (Rebecca Budig) is going to do everything in her power to stop Laura from sending Spencer anywhere.

What would General Hospital be without a little mother/daughter drama? After Hayden’s mother, Naomi Dreyfus, (Robin Riker) receives a disturbing phone call, she whisks Hayden out to dinner, and encourages her to leave town since there is nothing nor anyone left for her anymore in Port Charles. What could Naomi possibly be hiding?

Even after Hayden learns some bad news, will she go along with her mother’s plans, or will she stick around to fight for Spencer? Seeing how much time she has spent with Dr. Hamilton Finn (Michael Easton), one cannot help but wonder, if she will stick around to see what happens between them, or was her devotion to Nikolas real and she couldn’t imagine being with someone else? Honestly, it could be entirely opposite too. Dr. Finn and Dr. Liesel Obrecht (Kathleen Gati) continue to butt heads. Will Finn simply be too busy working on his “cure” to even consider a love life?

GH’s beloved Dr. Kevin “Doc” Collins (Jon Lindstrom) is going to go out on a date with Laura, but that decision is not going to come without resistance. Lucy Coe (Lynn Herring), besides being his ex-wife is also the town gossip. She is going to confront Kevin about the date, and who knows how that is going to play out; not that Lucy has any right to say anything after her recent night with another one of her exes, Scott Baldwin (Kin Shriner).

Be sure to tune into ABC’s General Hospital daily, and check Soap Opera Spy often for updates, news and spoilers!

‘The Young and The Restless’ Spoilers: Victoria Will Always Love Billy But Seeks Stability With Travis