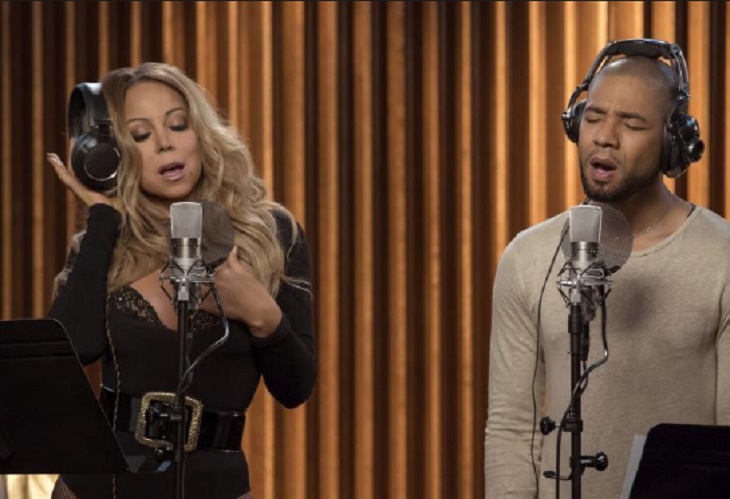 Empire’s announcement that Mariah Carey was going to play a role in this current season, had fans excited and anxious to see her.  The wait is over, the arrival of Mariah Carey’s character, Kitty, is finally happening.  Anyone who is a fan of Lee Daniels, one of the creators of Empire, would not have been surprised when it was first announced that Mariah would be playing a role in the series.  The feeling must be mutual because she has played several roles in various projects of Lee Daniels’.

At the end of Empire’s season 2, there were a few tragedies to deal with.  One being the death of Andre Lyons ‘(Trai Bryer) wife, Rhonda (Kaitlin Doubleday), and Jamal Lyon (Jussie Smollett) taking a bullet, meant for his father, Lucious Lyon (Terrence Howard).  Ever since that night, Jamal has been suffering with PTSD, and in a sense his trust of all friends and family has been shattered because the one who fired the gun, was a friend he considered to be family, Freda Gatz (Bre-z).

In Empire spoilers, we see that Jamal joins Kitty (Mariah Carey) in the recording studio to collaborate on a song, but Jamal’s nerves are frayed and he cannot perform; even though his father has cruelly been forcing him to face his fears, and to “get over it”.

Related: Showrunner Ilene Chaiken Gives Us a Sneak Peek Into Season 3 on FOX

When Kitty realizes what is going on, she tells him it’s okay and she tells Jamal’s parents and Empire Records’ owners, Lucious and Cookie (Taraji P. Henson) to get the studio right for their son; to set the mood properly.  Will Kitty be the answer the Lyon family has been looking for, in regard to Jamal’s PTSD and inability to perform live?

Empire’s Jussie Smollett admits that he is a huge fan of Mariah Carey’s and reveals that he loved working with her.  He goes on to say that she is a real sweetheart and very professional.  For those of you who don’t know, Mariah Carey recorded an original song called “Infamous” with several Empire cast members.  It is part of the soundtrack for season 3.

Be sure to tune into FOX’s Empire on Wednesday nights at 9 p.m. ET and check back often for updates, news and spoilers!

‘General Hospital’ Spoilers: Will Ava Finally Be Punished For Her Crimes?