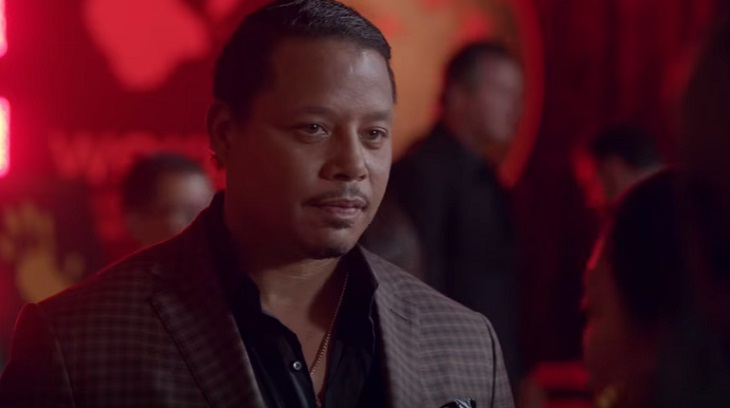 ‘Empire‘ Season 3 spoilers tease that Episode 2, “Sin That Amends,” will air on FOX on Wednesday September 27.  ‘Empire‘ fans are still reeling from all of the drama that went down in the Fall 2016 premiere, but judging from spoilers, the drama has just begun.  Here’s what you can expect in ‘Empire‘ Episode 2 this week.

Spoilers tease that Rhonda’s death will have a negative impact on Andre, as expected.  Andre Lyon wasn’t too stable before his wife fell to her death, and in the Season 3 premiere, we saw him spiraling downward and talking to Rhonda’s ghost.  In ‘Empire’s‘ all new episode, “Sin That Amends,” Andre will find himself getting in a bit of a legal mess.

Related: Showrunner Ilene Chaiken Gives Us a Sneak Peek Into Season 3 on FOX

The official ‘Empire’ Episode 2 summary from TV Guide reveals, “Jamal tries to turn his being shot into something positive when he teams up with a businessman to talk about gun violence and host a summit for awareness. But when he tries to perform again, things don’t go as planned. Meanwhile, Lucious attempts to get Cookie in his corner; Hakeem enters the recording studio with Shine; and Andre gets in trouble with the law.”

‘Empire‘ spoilers have teased that in Season 3 Taraji P. Henson’s character Cookie Lyon will have a new love interest, played by the very handsome Taye Diggs.  The Episode 2 promo video from FOX indicates that he will make his big debut, and Lucious Lyon will not be happy about it.  Lucious appears to be trying to worm his way back into Cookie’s heart at an event – and he is interrupted by his new competition.

Related: Taraji P. Henson Dishes On Mariah Carey, Taye Diggs & If Lucious And Cookie Are Over

What do you think ‘Empire‘ fans?  Is this really the end of Cookie and Lucious’ love story?  And what does Andre do to find himself in trouble with the law?  Is there a chance that he could let the truth out about Anika and Rhonda’s fight?  Let us know what you think in the comments below and don’t forget to check Soap Opera Spy for all of your ‘Empire‘ Season 3 spoilers and news!