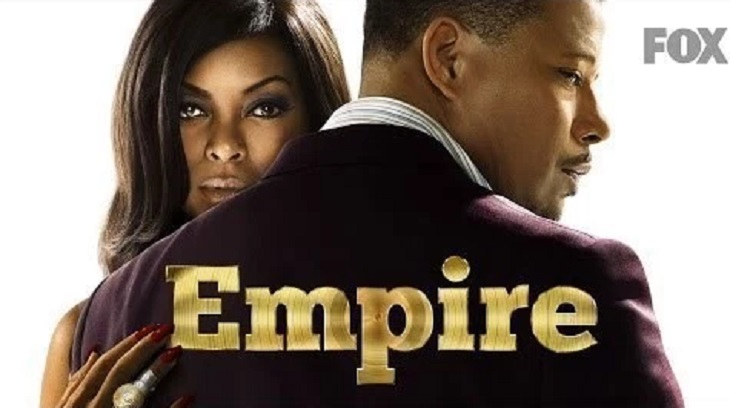 Empire’s Season 2 finale literally left us with a cliffhanger, well sort of. Okay, it was more of a “Balcony” Hanger, but you get the drift!

We all know that when Rhonda Lyon (Kaitlin Doubleday) and Anika Calhoun’s (Grace Gealey Byers) fight got physical, after Anika admitted to be the one who shoved Rhonda down the stairs causing her to miscarry her baby, that the outcome was going to be profound.

Related: Taraji P. Henson Dishes On Mariah Carey, Taye Diggs & If Lucious And Cookie Are Over

It wasn’t until the last second, when Andre Lyon (Trai Byers) had come to retrieve his father, Lucious Lyon’s (Terrence Howard) new bride, Anika that we saw it was going to be a fatal fight! Empire’s executive producer Ilene Chaiken promises that we won’t have to wait long to see who died and who survived. She promises that it will be “fabulous and heart-stopping” at the same time. And, she was not exaggerating, we saw Rhonda fall to her death in the opening scene of the Season 3 premiere.

The next obvious question would be about Empire’s power couple, Lucious and Cookie Lyon (Taraji P. Henson). On what was supposed to be a beautiful family event; Hakeem Lyon (Bryshere “Yazz” Gray) and Laura Calleros’ (Jamila Velazquez), everything seemed right in the Lyon family, until a fight broke out and Laura’s father called the wedding off. As if that wasn’t enough turmoil for the family, Lucious marries Anika, after she was served a subpoena to testify against him. Cookie storms off heartbroken.

Empire’s family Matriarch, Cookie, has always been a force to be reckoned with, and now that Lucious has broken her heart again, there is no stopping her now. Of course, fans would love to see the power couple reunite and reign the music industry, but it looks like it just isn’t going to happen. When Anika and Lucious got married, it seemed to solidify how selfish Lucious really is, Anika gave birth to his son Hakeem’s child; in what universe would any woman accept that?

It will be interesting to see who will give in first, or give in at all. Their chemistry is undeniable, but Cookie is determined to move on with her life without Lucious, will she be able to walk away, or will Lucious try everything in his power to keep her close in business and personally?

Ilene Chaiken also revealed that Empire’s Season 3, will be spread out a little more; instead of doing 18 episodes in a row, they have decided to do 9 episodes in the Fall, then taking a winter hiatus and returning with 9 episodes in the Spring. She does admit that it is a little nerve-wracking to do the series this way because you end up taking the chance that fans will lose interest while it’s on hiatus. She hopes that a mid-season cliffhanger will make fans want to come back and get the answers. Let’s hope she is right!

What did you think of the Empire Season 3 Premiere?