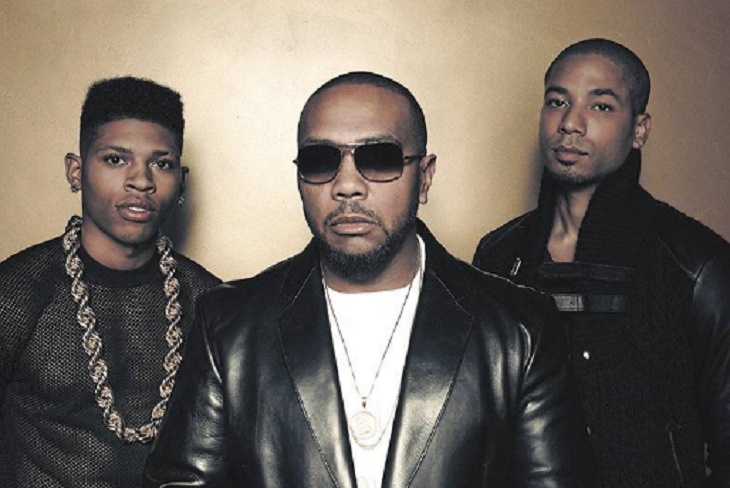 Timbaland has been the music supervisor for the FOX hit drama series Empire for the first two seasons but has opted to not return in the upcoming third season. Empire spoilers tease that Rodney “Darkchild” Jerkins and Ester Dean have been added to deal with anything musical on the show, which pretty much means everything, since the series is about a record label, and recruiting and keeping new talent.

Shawn Holiday, who is senior Vice President of A&R for Columbia Records, wanted to make it very clear in an interview with Billboard that they were very happy to have worked with Timbaland in the first two seasons of Empire, but in Season Three they were planning on going in a different direction. Since there has been no response from Timbaland or a rep for Timbaland, we do not know for sure if the split was amicable or not.

“Darkchild” has been previously associated with super stars like the late Michael Jackson and the “larger than life” Beyonce. He will be supervising music producer of Empire, similar to Timbaland’s role in the previous 2 seasons. Ester Dean has worked with younger and newer stars like Katy Perry and Nicki Minaj, and even played a role in the cast of the Pitch Perfect movies.

Empire has chosen these two because of their extensive knowledge in the music industry, and also because of how different they are. Ester Dean works well with big songs with great, memorable hooks. Rodney “Darkchild” Jerkins is more of an all-around producer; which works in his benefit for the Empire TV series, because it means he is not tied down to one particular style of music. Shawn Holiday is very confident in bringing the two together to collaborate and supervise the musical aspect of Empire.

Don’t forget to watch the premiere after that cliffhanger on the Season 2 finale, that left us wondering what happens to Anika (Grace Gealey) and Rhonda (Kaitlin Doubleday), which one lives and which one dies. We also are waiting to see how Jamal (Jussie Smollett) is coping with being stuck in a wheelchair, after taking a bullet meant for his father, Lucious Lyon (Terrence Howard). Of course, we also need to see what Cookie has been up to after she stormed out of Lucious and Anika’s impromptu wedding.

Season 3 is promising to be the best one thus far, so be sure to tune into FOX on Wednesday, September 21st at 9 p.m. ET to see the Season 3 premiere of Empire. Be sure to check often for updates, news and Empire spoilers!

The Young and the Restless Spoilers: Chloe’s Lies Catching Up To Her – Bella Paternity Reveal Coming Soon!

‘The Bold and the Beautiful’ Spoilers: Forrester Family Boycotts Eric’s Wedding – Will Quinn Cancel The Nuptials?