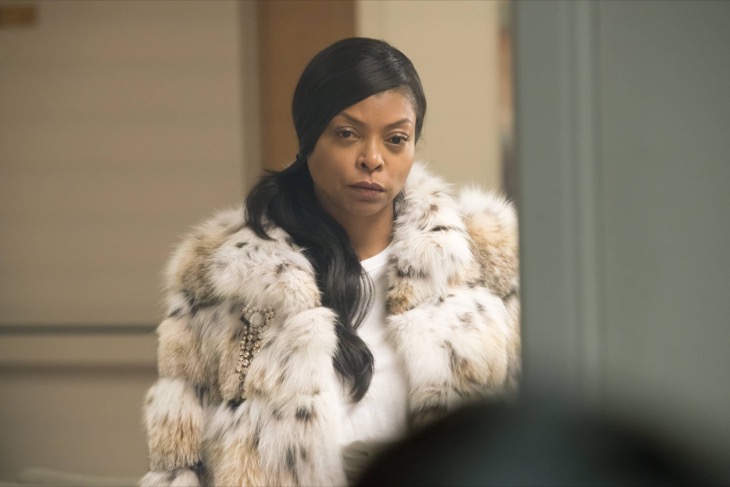 ‘Empire’ wouldn’t be the same without Cookie Lyon [Taraji P. Henson] and despite ‘Empire‘ spoilers for season 2, Cookie is not going anywhere. Fans can look forward to Cookie’s relationship with her sons Andre [Trai Byers], Jamal [Jussie Smollett] and Hakeem [Bryshere ‘Yazz’ Gray] to continue to grow stronger.

What about Cookie’s relationship with Lucious Lyon [Terrence Howard]? Will things between the exes ever be over? Taraji recently spoke with Soap Opera Digest and addressed the love/hate connection Lucious and Cookie can’t seem to shake.

As Taraji sees it Lucious and Cookie are linked for life because of their family. “There’s no getting away from him being the father of her children. There’s no way around it, not unless [Cookie] kills [Lucious],” Taraji joked.

Now that Lucious is married to Anika [Grace Gealey] Cookie is free to pursue other romantic interests. Could the new man in her life be Angelo Dubois [Taye Diggs]? During the interview, Taraji gushed a little bit about the actor. Though the actress had never worked with Taye before, she really enjoyed working with him and revealed that Taye has an amazing sense of humor.

In addition to her work on ‘Empire’ Taraji P. Henson has penned a memoir, ‘Around The Way Girl’ which will be released in October. It’s about the actress’s life, her thoughts, insight into her relationships with family, especially her father. Taraji’s dad was very influential and encouraging in her decision to become an actress.

Watch for Taraji in a new movie, ‘Hidden Figures,’ that will be released to theaters at Christmas. Based on a true story, the movie is about a team of African-American women who provided NASA with the vital mathematical data needed for the space program.

Get ready ‘Empire’ fans – season 3 premieres Wednesday, September 21 on FOX. All the ‘Empire’ season 3 spoilers indicate it’s going to be one explosive season.

‘The Young and The Restless’ Spoilers: Expect Christian Reveal As Next Main Storyline