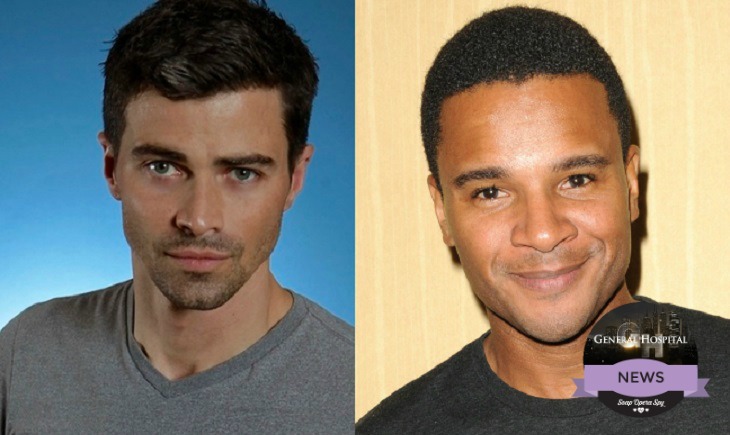 General Hospital’s Matt Cohen is headed to primetime, but that does not mean that we won’t be seeing his gorgeous face on GH anymore.

When it was said to Matt Cohen on twitter that he shouldn’t leave his daytime job he replies back with “I’m not going anywhere.” So no need to worry fans. This only means that Matt Cohen will be doing double duty.

Related: Will Morgan’s Spiral Cost Him His Relationship With Kiki? Will Kiki Turn To Dillon?

Matt Cohen will debut in the season premiere at mid-season. So this is great news for all of you Matt Cohen fans, not only can you see on General Hospital but you can also catch him on Criminal Minds: Beyond Borders.

Matt Cohen is not the only one from GH headed to primetime you can also see Marc Anthony Samuel (Felix) on NCIS: Los Angeles. He will be guest starring on the show and didn’t give any details out on his part except that it included action.

Felix and Griffin Munro are two very loved characters on GH. So this is awesome news that we will now be seeing them in a different role. It will be very exciting to see. What do you think?

Griffin Munro plays a doctor and Felix plays a nurse on GH so this is definitely gonna be a different change of pace for them being that both shows are crime related. They are both phenomenal actors so they will do great on anything they play on.

We recently saw on GH Griffin’s ex Claudette claiming to have a daughter and even though she says it’s Nathan’s (Ryan Paevey) we all know it could possibly be Griffin’s as well. So this could be a big storyline coming up for him so he is going to be one busy man. Keep your eyes peeled for both of these guys on primetime.

The Bold and the Beautiful Spoilers: RJ Schemes To Break Up Bill and Brooke – Brooke And Ridge Reunion In The Works?