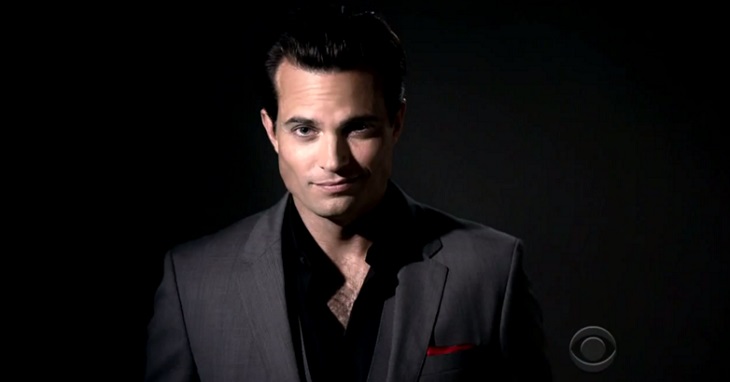 “The Young and the Restless” super villain, Joe Clark [Scott Elrod] was arrested for framing Cane for extortion on the CBS soap opera on Friday’s show. Joe was tangled in a legal mess when he framed Cane [Daniel Goddard] for extortion.  In Joe’s mind, if Cane was out of the way, he would have a life with Cane’s wife, Lily Winters [Christel Khalil]. The biggest question on the fan’s mind is, since Joe was arrested and likely out of sight, does this mean he is [permanently]off the show?

Scott Elrod is on contract right now, and so at least until the Fall of 2016, he could be making an appearance every once in a while. The writer ruined a wonderful character, with great potential. Joe could have been a powerful business man or a significant other to one of the leading ladies on the show.  Is there a way the writers can redeem Joe, and give him a major storyline?

At the moment, Joe Clark is sitting in jail after confessing to setting Cane up, so he could move in and steal his happy family from him. Joe confessed that he thought Cane wasn’t good enough for Lily and the kids.

At this point, is there a way that the writers can redeem the villain and give him a storyline. The writers have missed so many opportunities. When he first appeared in Genoa City, fans insisted Joe would be related to Matt Clark [Eddie Cibrian] or even a distant family member of Austin [Matthew Atkinson]. Both of those speculations died down, and the writers allowed Joe to be nothing more than a jilted lover to Avery Clark.

Moving into 2016, what could the writers do to bring life into Joe Clark’s character? Is there a way to redeem him and make him a well-loved character on “The Young and the Restless?”