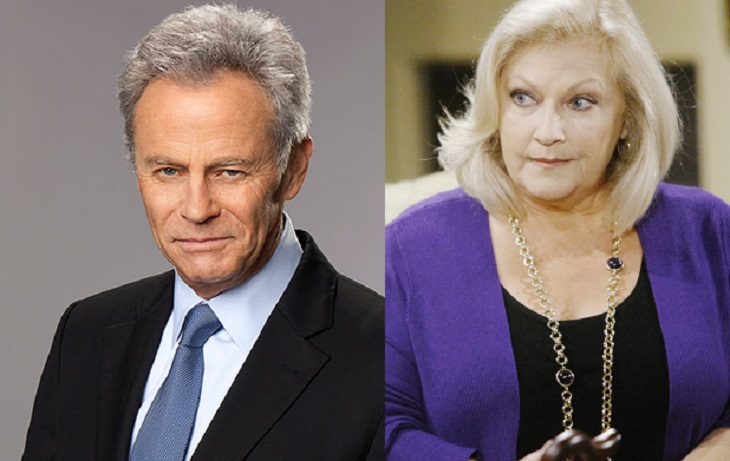 “The Young and the Restless” villain Tristan Rogers revealed to CBS Soaps in Depth that even though he is reprising the role of Robert Scorpio on “General Hospital,” fans shouldn’t count Colin out on “Y&R.”  Ever since “GH,” announced he would return for 13 episodes on the ABC soap; fans assumed that meant he wouldn’t spend Christmas in Genoa City.

Tristan explained that fans shouldn’t expect Colin to skip town anytime soon—he will be around for Christmas on “Y&R.” Rogers begins his short-lived arc on “General Hospital” this week starting on December 17. He is expected to stay in Port Charles for the remainder of the year.

Rogers noted, “Colin is still Colin and still very much family-supportive. I will be back to work on Y&R soon!” Tristian explained that “The Young and the Restless” has a big Christmas storyline planned next week, and the fans will see that the same-old Colin is still up to his shenanigans.

Beth Maitland returns as Traci Abbott on December 24 in an emotional Abbott Christmas episode. The legendary actress was booked for a multi-episode run from Christmas to New Year’s –including niece Abby’s [Melissa Ordway] wedding.

Related: ‘The Young And The Restless’ RUMOR: Is Scott Elrod Leaving ‘Y&R’ – Joe Clark In Prison?

Beth explained that she would love to see her family more often on the show, providing the writers finds use her character, Traci Abbott. Maitland explained she realized on TV, there is a push for younger characters, but she felt that her character provides a grounding force for the soap.

It looks like Colin Atkinson and Traci Abbott will be spending Christmas in Genoa City. In fact, it looks like Tristan Roger will be in Port Charles and Genoa City for the Holidays—talk about a busy man!  Beth revealed she hoped that fan’s opinions matter to the writers because they say they want to see more of Traci—and she is open to that idea!