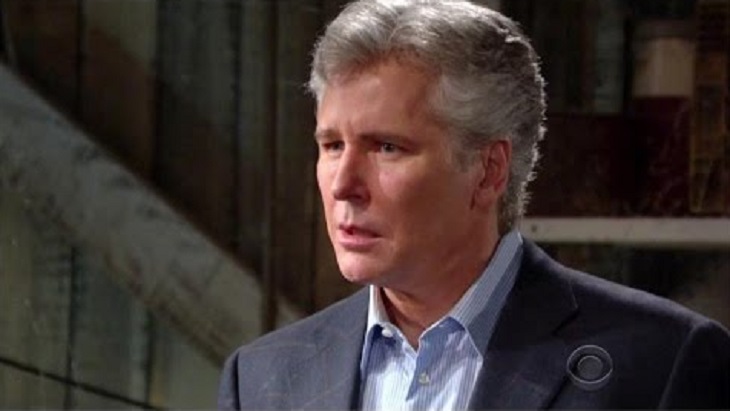 ‘The Young and the Restless’ (Y&R) spoilers tease that the ethics-challenged Dr Neville [Michael E Knight] will be sticking around Genoa City for a while longer, but he’s far from done with his shady business.

You can tell Doc Neville is not one to take the rules too seriously, so he’s not leaving soon. Y&R spoilers reveal that Michael Knight got an extension on his contract and will be sticking around for a couple of more months. Here’s what we can expect.

First, if you assumed Neville was on his way out of town now that the police want to question him about the Hilary Curtis [Mishael Morgan] disappearance and strange drug cocktail that was found in her toxicology screen at the hospital, think again.

Second, if you think that he’s worried about drugging Dylan McAvoy [Steve Burton], he’s not. Neville seems to have the mantra of “inject drugs in people now, consider the consequences later.” So the Dylan incident may not have even been a blip on the doc’s conscience.

Third, rather than trying to get away clean, we’ll see Dr Neville double down. The fact is, Neil Winters [Kristoff St John] and son Devon Hamilton [Bryton James] have decided to keep this whole matter off the police radar – and the father, son and wife Hilary are all keeping quiet.

That’s great, but secrets are only kept quiet when everyone has the same skin in the game. Neville will throw a monkey wrench into all of this soon. Y&R spoilers hint that Neville will hit Neil with a blackmail threat in coming days.

What’s crazy is it’s not running money that Neville is looking for – Neil would happily pay to get the mad scientist out of Genoa City. But, according to spoilers, Neville wants Neil to fund his experimental (and possibly dangerous) research.

Neville was encouraged by the results he got in Hilary’s case and he doesn’t want to slow his roll. The blackmail, though, seems like it would hurt Neville if it came out. Perhaps Neville is counting on Neil’s desire to keep Hilary’s ordeal out of the press to get him to cave.

Either way, Neville wants to get paid – and wants to put the money into more experimentation. Will Neil hook the dastardly doc up with the money he’s demanding? Or will Neil push back and tell him to go ahead and go to the police? Probably he’ll pay the asking price to keep the secret hidden.

What do you think Y&R fans? Should Neil turn medical menace Neville over to the GCPD or should he give the money to GC’s version of Dr Frankenstein? And if Neil does fund the research, could someone else get hurt? Will Neville be experimenting on people?

Share your thoughts below on what Neil should do about Neville’s threats and blackmail. And check back with Soap Opera Spy every day for advanced ‘The Young and the Restless’ spoilers, gossip and more.