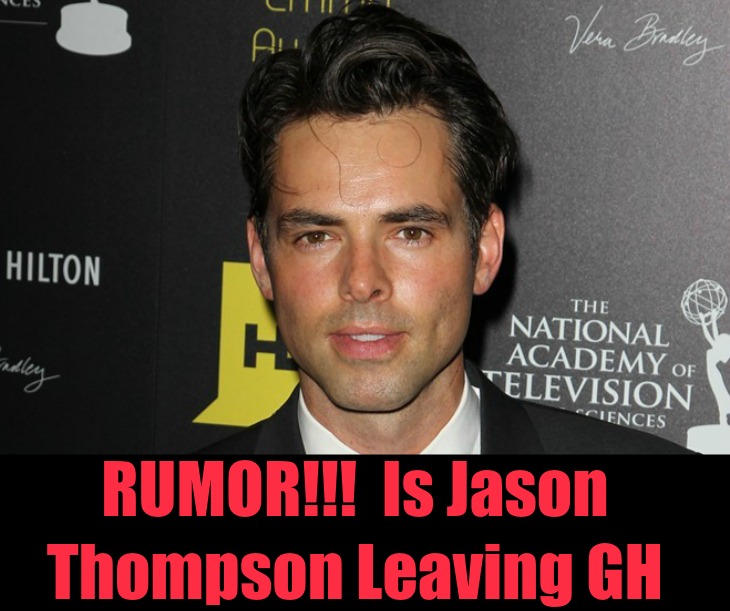 “General Hospital” spoilers are in; it looks like Jason Thompson, the actor who portrays Dr. Patrick Drake is considering leaving the show. This isn’t the first time he has considered leaving the hit ABC soap opera, according to Daytime Confidential on Wednesday. Now that his contract is about to expire, he is considering a change, according to the rumors. Do you think Jason would leave “GH” and if he did what would the show be like without him?

Imagine “General Hospital” without any of the long standing actors like Jason Thompson, Maurice Benard or Laura Wright? It would be like “ER” when they replaced the whole cast only to find no one tuned in when they ditched George Clooney. The rumor was that Jason had considered leaving the show a few times in his ten year stay at “General Hospital” and is considering it more seriously before his next contract expires.

The fact is if he did leave, he would be hired on another soap in no time flat. “Young and the Restless,” “Days of our Lives,” or “Bold and the Beautiful,” would scoop him up faster than he could utter the words, “I resign.” At the present time, Patrick’s storylines are pretty strong waiting on the Jason Morgan reveal. He told Sam last week that he wished Jason was alive so he could prove he was the better man for her. Well, Dr. Patrick Drake- it looks like you may get that chance.

Fans, tell us what you think about Jason Thompson. Do you want him to renew his contract or think it’s time for him to go?

‘The Young And The Restless’ POLL: Marisa Sierras And Noah Newman Next Y&R Super Couple?

‘The Young and The Restless’ (Y&R) Spoiler Friday October 2: Billy Knows Adam is Gabriel, Victor Knows Adam Is Alive, Ian Arrested, Sharon’s Doctor Up To Something