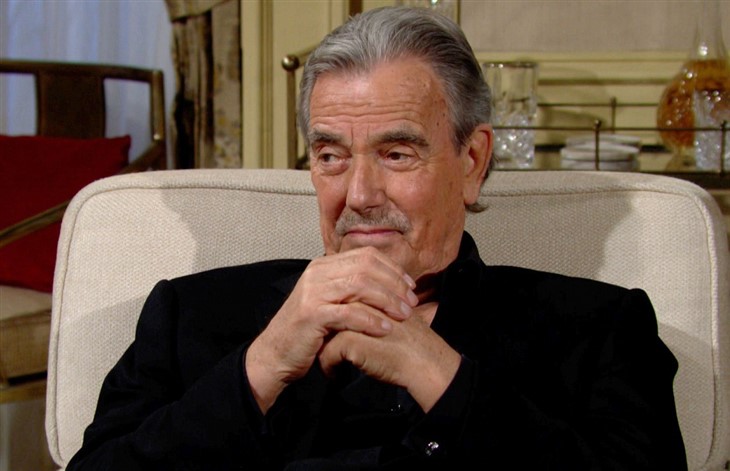 The Young and the Restless (Y&R) spoilers reveal that Victoria Newman-Locke (Amelia Heinle) gets her way once again. Victor Newman (Eric Braeden) sells Newman Media to his daughter and doesn’t even inform Adam Newman (Mark Grossman). Victor then gives Adam and tells him to work under Victoria or leave the company. How will Adam react to his father’s demand?

The Young And The Restless – Victoria Newman-Locke’s Announcement

Y&R spoilers reveal that Victor and Victoria make a deal. Even though Ashland Locke (Richard Burgi) is suspicious and irritated that he wasn’t invited to the meeting, Victoria has the final say. Victoria even agrees to Victor wanting to change the terms a bit, which Ashland doesn’t like one bit.

There is a reason why Victor made this specific request, though. It is teased that Victoria knows what she is doing. It seems that a power struggle is inevitable between “Ashtoria.” Next, Victoria shares the news with Adam.

Victor doesn’t let Adam know about the deal. Victoria comes into the office and Adam asks why she is there. That is when Victoria acts surprised that Adam didn’t know. Grinning like a Cheshire cat, Victoria tells Adam that she is the new owner of Newman Media. Obviously, this doesn’t sit well with Adam.

The Young And The Restless – Victor Newman’s Ultimatum

The Young and the Restless spoilers reveal that Adam goes to talk to Victor about Victoria’s claim. Victor basically tells Adam to deal with it or get out. Adam is forced to make a decision about whether to stay at Newman Media under Victoria’s control or walk out the door. Actor Mark Grossman told Soap Opera Digest,

“This leads to a huge disagreement. Victor has been losing faith in Adam ever since Billy Abbott [Jason Thompson] confessed to putting on an act that he was losing control of his life when he wasn’t. Victor blames Adam for not knowing better, but Billy had Victor fooled, as well, so Adam believes this isn’t just on him.”

Even though Adam can’t see himself working under or with Victoria due to their rivalry, he also doesn’t want her to win. Adam decides to stay on board at Newman Media just because he knows that Victoria is hoping he’ll quit.

However, there will now be a wedge between Victor and Adam. It could cause Adam to become so resentful that he reverts back to his old ways.