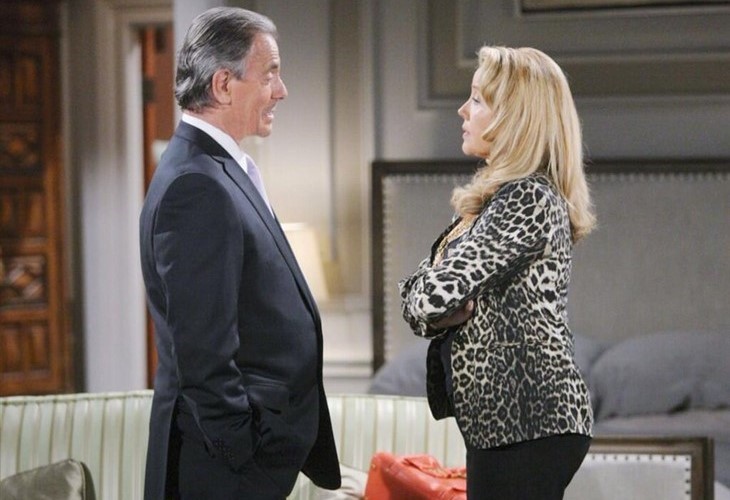 Viewers of The Young and The Restless will recall from a previous episode of The Young and The Restless, that Nikki had recently caught Ashland in a compromising position, looking at Victoria Newman-Locke’s (Amelia Heinle) computer. Ashland had taken it upon himself to fire a longtime employee of Newman Enterprises and bring in someone he knew from New York City to take her place, without running it by anyone else. Nikki was not happy with that, but when Victoria was asked, she just said she completely trusts her husband’s business decisions; it was as if Victoria regarded Newman Enterprises to have been Ashland’s idea, not Victor’s! Viewers of The Young and The Restless will also recall Victor having had a similar conversation with Victoria upon hearing she wanted to buy Newman Media. Victor made it quite clear as he was reminding her that HE is Victor Newman and HE was the one who built Newman Enterprises from the ground up!

Viewers of The Young and The Restless will recall that Ashland came across Michael Baldwin (Christian LeBlanc) who had just signed on as Newman Media’s attorney having lunch and decided to talk to him about the company. Michael had already checked out the lawsuit over infringement on the Newman name that Newman-Locke’s attorneys had served them with and deemed it frivolous – which he informed Ashland of, with Ashland having done his homework on Michael! Michael wondered how Ashland knew he was Newman Media’s new corporate attorney and Ashland admitted he hadn’t but he always checked out the district attorney and other people of prominence when he came to a new location. Viewers of The Young and The Restless may find that rather strange, because district attorneys prosecute crimes – therefore leading to the inevitable conclusion that Ashland must have a criminal past! But there is more than that conclusion that is starting to give Victor and Nikki pause concerning their son-in-law’s motives!

Viewers of The Young and The Restless will recall that when the “Locke Ness Monster” first came around trying to sell off his company, Cyaxeres, he had the reputation of being a vicious corporate raider! Viewers of The Young and The Restless should know that a corporate raider buys other companies, usually their own competition, and sometimes just uses them for tax write offs; other times to eliminate their competition! Cyaxeres Media would have been the direct competitor of ChancComm, which was the original Newman Media that Victoria divested, and then there is the new Newman Media Victor and Adam Newman (Mark Grossman) have been running. Victor and Nikki are quite concerned about the level of complete trust that Victoria has in letting Ashland call the shots in her place, as he did with the employee firing. Victor certainly would not ever admit that Ashland has pulled the wool over his eyes, nor over Victoria’s, but he has to admit that he wonders if Ashland’s long term plan is to foist the company out from under Victoria, possibly in a divorce!

Be sure to catch up on everything happening with Y & R right now. Come back here often for The Young and The Restless spoilers, news, and updates