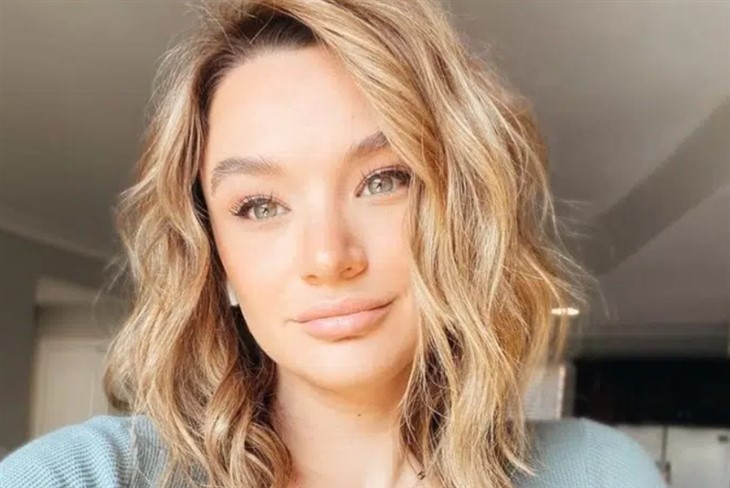 The Young and the Restless spoilers and updates tease that Hunter King, formerly known as Summer Newman Abbott, on the daytime soap, has landed a new gig. The actress is part of a new film that’s expected to be released later this year.

The untitled thriller by Top Dead Center Films is penned by and written by Julie Auerbach and Kevin Tavolaro and helmed by Gary Auerbach. Aside from King, who will play the role of Jael Jones, other cast members include Elyfer Torres and Mauricio Ochmann.

Victor Newman (Eric Braeden) is willing to strike up a deal for Newman Media. He’s asked Victoria Newman-Locke (Amelia Heinle) for a reasonable amount and to make sure that she keeps Adam Newman (Mark Grossman) as part of the package.

It’ll be a dangerous deal for Victoria since she has no clue what Victor’s true intentions are. She knows for sure that he has some hidden agenda but she’s so focused on getting Newman Media that she doesn’t seem to care about what Victor’s plans are. If she’s not careful, she may end up losing everything.

Jack Abbott (Peter Bergman) is set to return to Genoa City but trouble will be waiting for him when he comes back from Milan. That turmoil may have something to do with Phyllis Summers (Michelle Stafford). Whatever it is, there’ll be a lot of drama in store for him when he returns.

The Young And The Restless Spoilers – Ashland Locke Gets Arrested For Fraud?

Spoilers hint that Ashland Locke (Richard Burgi) may go to jail not for his past crimes but for fraud. Will he follow a similar fate as his ex-wife Tara Locke (Elizabeth Leiner)? Fans may recall that Tara misrepresented the health of her business to Fenmore’s, which landed her in prison.

As for Victor, he may want to see Ashland pay but will focus on his revenge rather than protecting the reputation of his company? Victor may decide to finally cut ties with Ashland and get rid of him once and for all.

However, he may also go a different route. Perhaps Adam Newman (Mark Grossman) will be the one who will give the cops the evidence they need to arrest Ashland.