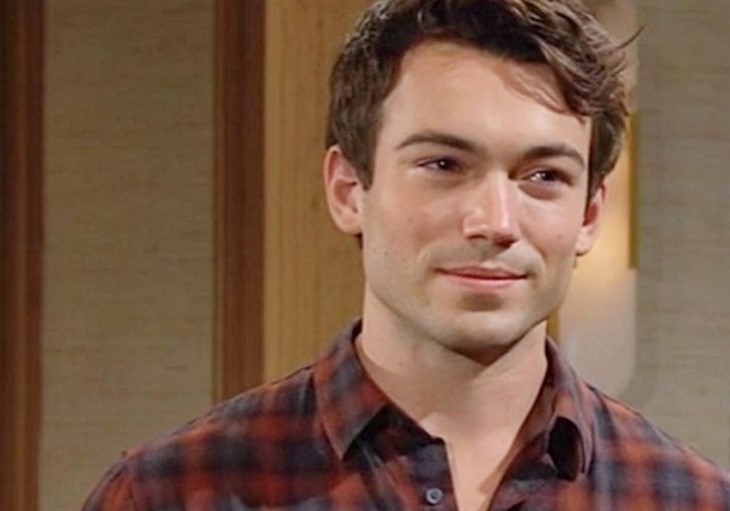 The Young and the Restless (Y&R) spoilers for Friday, January 28, 2022, reveal Noah Newman looking like he is going to cry his eyes out now that he witnessed the love between Tessa and Mariah.

The Young And The Restless Spoilers – Noah Newman Is Getting Scary

In what can only be called one of the creepiest moments in recent soap memory, Noah (Rory Gibson) looked on both longingly and angrily as Mariah Copeland (Camryn Grimes) proposed to Tessa Porter (Cait Fairbanks) in the same way that Tessa proposed to Mariah. As Noah watched them kiss, we wondered if he was going to break the women apart at any moment.

Perhaps Nick Newman (Joshua Morrow) noticed the same thing because he sits down and has a talk with Noah on Friday and he needs to make his son see that Mariah and Tessa are going to be together no matter what and after all this time, he has to just move on and give up on a woman who has said she is gay and is going to marry his sister. Will Nick try to distract Noah with talk of his new job or will he give him all the words of wisdom that a father should?

Y&R Spoilers – Jack Abbott Is Back

While Phyllis Summers (Michelle Stafford) has been at a crossroads wondering if she should join Summer (Hunter King) and Kyle Abbott (Michael Mealor) in Italy with a new job waiting for her, Jack Abbott (Peter Bergman) has been in Europe on business. But now, Jack is back and chaos is following him. That chaos seems to come in the form of Phyllis and she needs Jack’s advice.

Should she stay or should she go? Since Phyllis placed Jack right in that friend zone, it’s hard to know what he might tell her. If they are just friends, then why stay? If there is something more or could be something more, then maybe she should stick around.

The Young And The Restless Spoilers – Victor Newman Takes Control

Victor Newman (Eric Braeden) is sick of sitting around doing nothing when his family seems to be falling apart. Victoria Newman (Amelia Heinle) is still enamored by her lying new husband and still wants to stick it to her brother, Adam Newman (Mark Grossman).

Meanwhile, Adam is becoming way too involved with Sally Spectra (Courtney Hope)? And what about his other daughter, Abby Newman Chancellor (Melissa Ordway)? Does he even know she gave Devon Hamilton (Bryton James) legal visitation with Dominic? It looks like Victor has a lot of cleaning up to do. Stay tuned to The Young and the Restless weekdays to see how these stories play out.