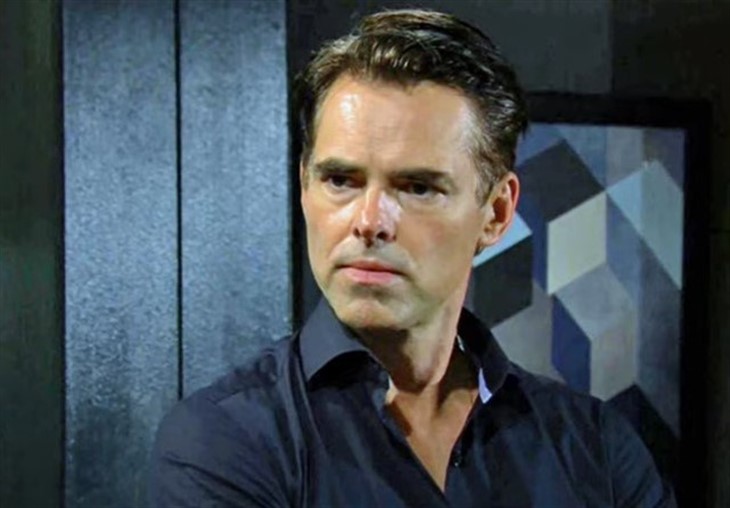 The Young and the Restless spoilers document Billy Abbott (Jason Thompson) intended to create chaos at Newman Media. But he relinquished that goal when deciding to drop his act and divulge the scheme to Adam Newman (Mark Grossman), who was mildly concerned about Billy’s seeming behavior.

As viewers are witnessing, the Newman family is in the midst of a building family battle. So, despite Billy’s decision not to bait Adam, Victor Newman (Eric Braeden), and Ashland Locke (Richard Burgi) into printing a libelous hit-piece about him, Newman Media is in turmoil anyway.

The Young And The Restless Spoilers – Meanwhile, At Chancellor Industries

Lily Winters (Christel Khalil) was relieved when Billy decided not to allow Victoria Newman Locke (Amelia Heinle) to rule him. That dynamic developed after the head of Newman-Locke discovered that Billy was fake-drinking.

Billy’s choice reaffirms that Lily has become the dominant influence in his life. Victoria appears to vacillate between being relieved that another woman is carrying the Billy burden and not wanting him to have another romantic interest.

Lily wanted Billy to become her Chief Operating Officer, and he has since accepted. That bodes well for this couple, as it has the potential to keep Billy from reverting to his Newman obsession.

Victoria told Lily that she was in charge of Billy’s plan. That was too much for Lily and Billy to take.

Victoria is determined to purchase Newman Media because she wants to force Adam out. She and Ashland are in Locke-step on that plot point.

Victoria, whose name is intentionally repeated at the start of every sentence in this section, lied to her father. Heinle’s character said that she forced Billy to reveal his plan to Adam. The truth is that she wanted to exploit his scheme and buy Newman Media at a depressed price.

Adam was Billy’s main target until Thompson’s character realized this dysfunctional effort he was pursuing. Victoria is aiming for Adam, as she fronts a consolidation of power, and is also planning to sue Newman Media for unlawfully using the name of the company she heads.

Victor sees Adam as not possessing the killer instinct he feels is vital for business success.

While Billy does not realize it, his hope to see Newman Media in chaos is happening. But he is not driving the wedges. Instead, Victoria and Victor are undermining each other on Y&R.